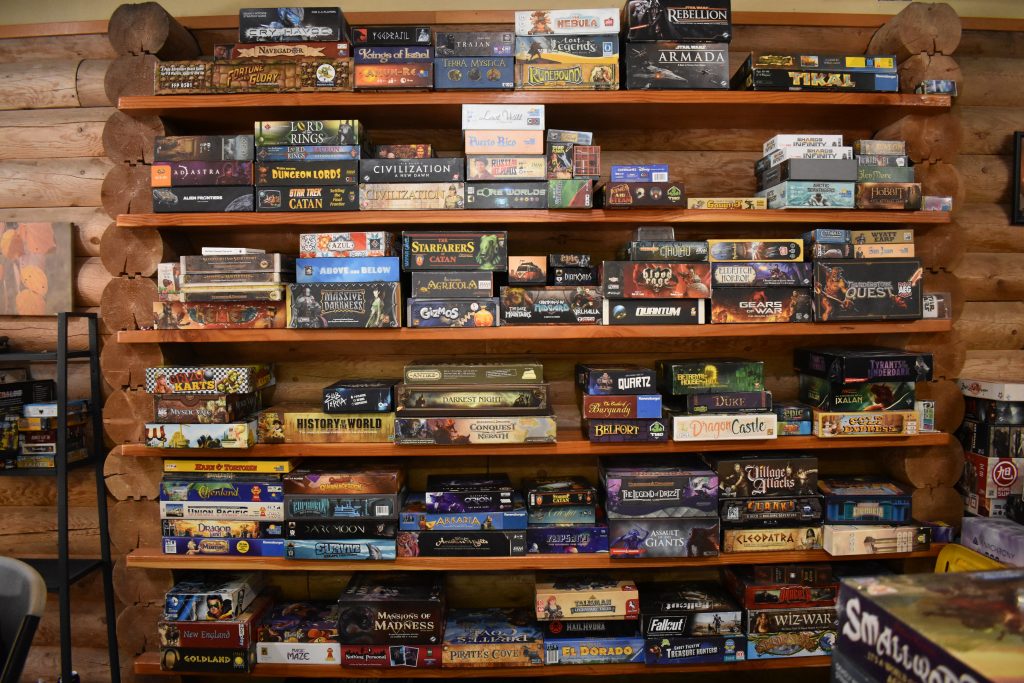 When the first weekend in November rolls around, one or two board games can be found here and there lying about on various shelves at the camp. 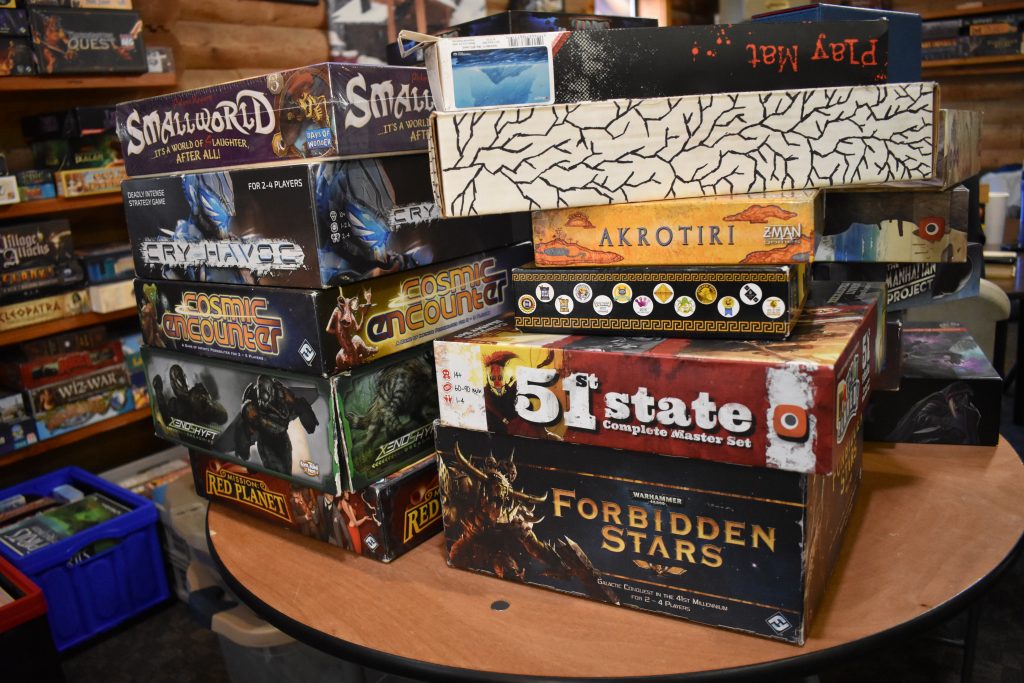 There are also occasional stacks of board games on tables, on the floor in distant corners, and of course on the new shelve above the firewood box. What has happened? Why the sudden migration of games in a Camasward direction? 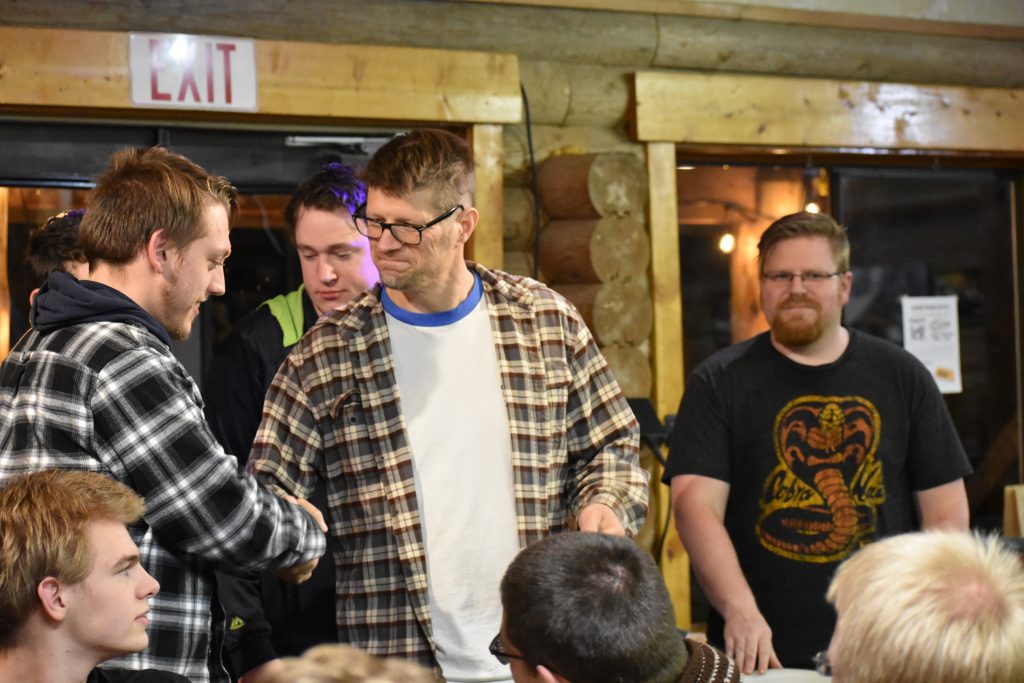 Did I fail to mention that these games were accompanied by sixty boardgamers all revved up and ready to sit in their chairs for the next 3-5 days strategizing on how best to save the world/take over the world/grow lots of vegetables/beat Scruffy regardless of what happens to the world in various epic showdowns that take anywhere from fifteen minutes to eleven hours to complete? 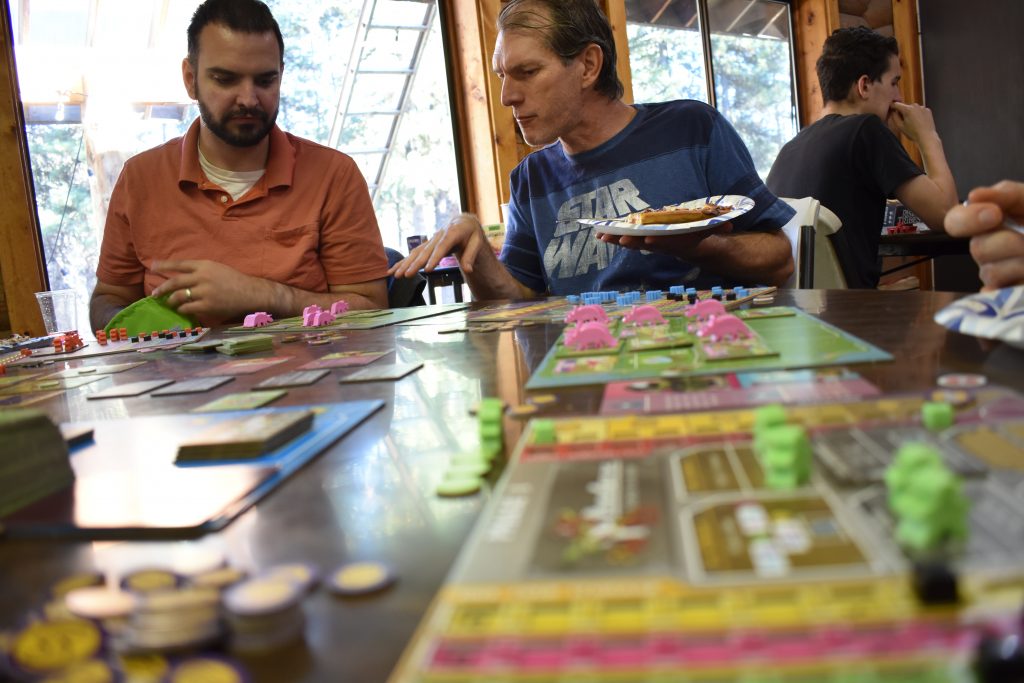 Yes, CamasCon is our camp for Christian boardgamers, wherein they spend an entire extended weekend playing games, meeting other gamers from around the area, and worshiping the Lord together during chapel times. They also get to eat, but very carefully! No one wants pizza grease on all those teeny tiny pieces! 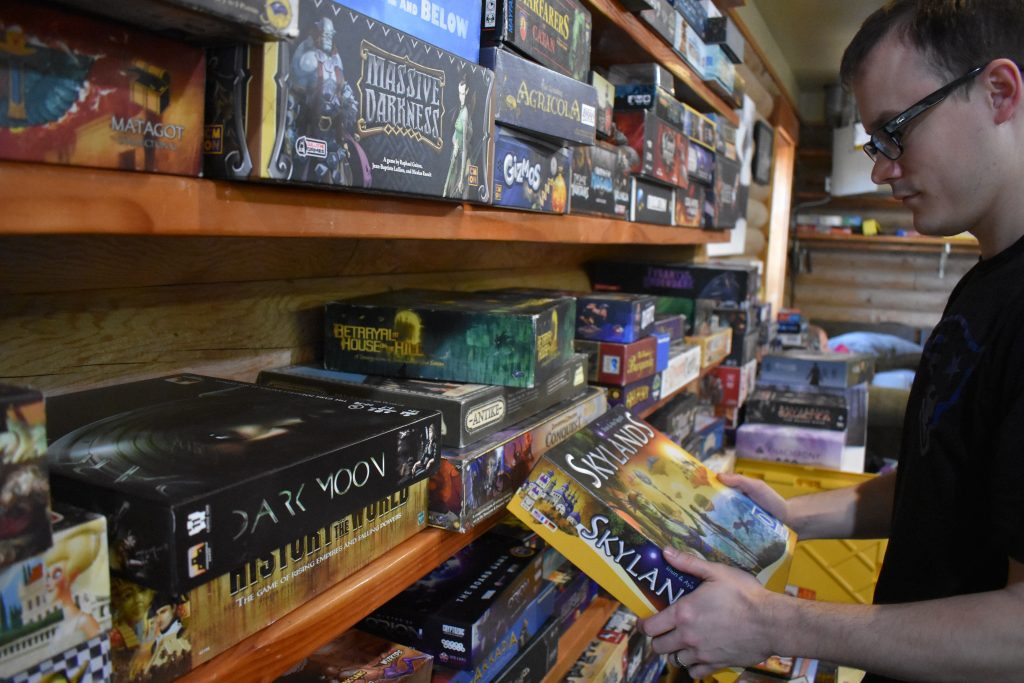 One of the more difficult parts of the weekend is choosing the next game to play. With so many options and so many different people to play with, the choices can become mind boggling. 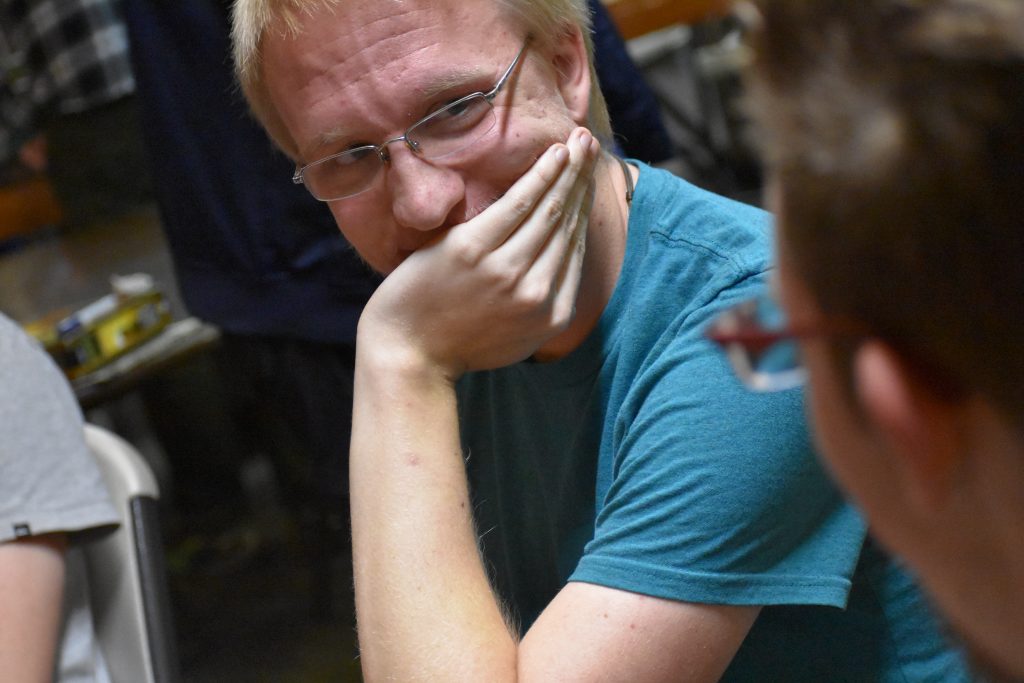 Should one choose a quick game that non-gamers to join, or maybe a themed game featuring superheros; zombies; dinosaur theme parks; or large grizzly bears that have saddles and can be ridden, or perhaps that epic eleven hour march through history that no one else has ever been willing to play with you … until now! 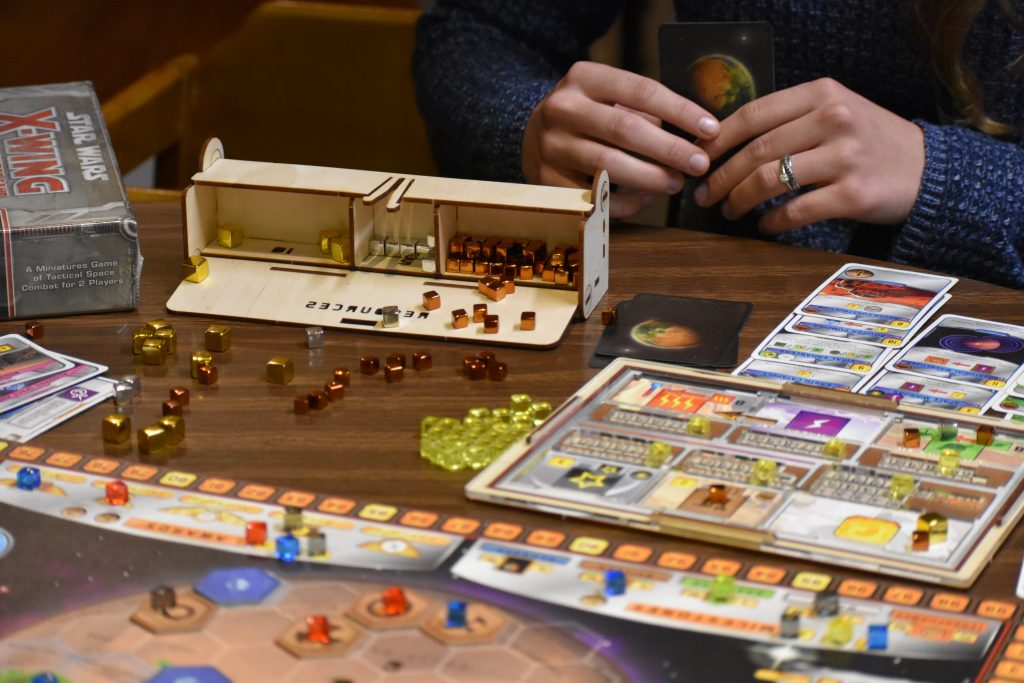 Once a game is chosen, say Terraforming Mars, it is time to find one to five other people who also wish to play that very game. 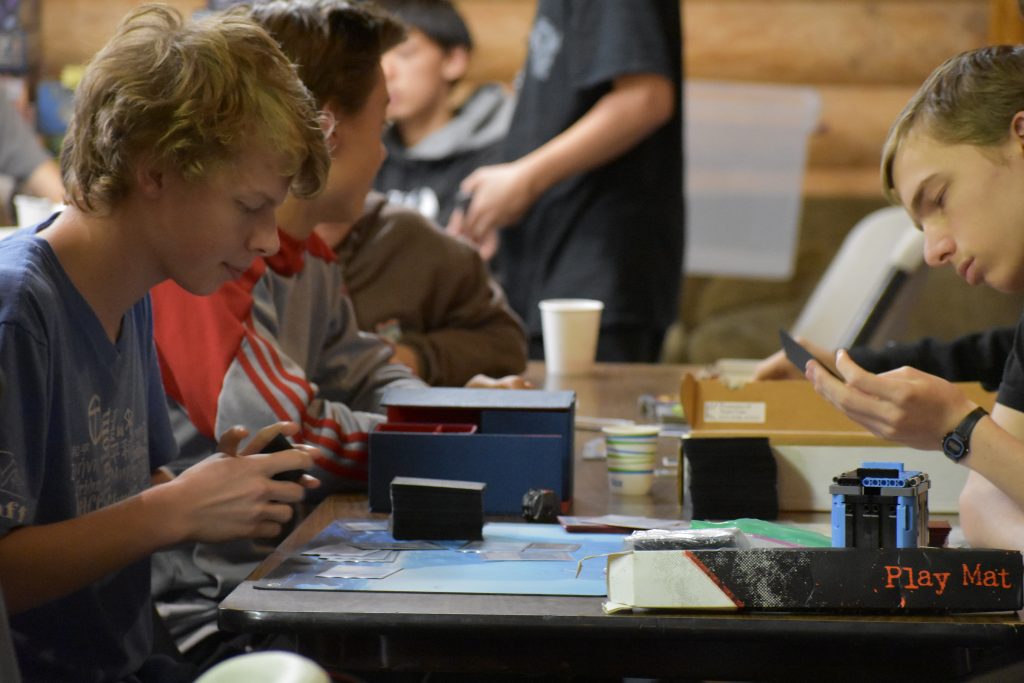 Sometimes this means switching games a couple times until you find a winner. 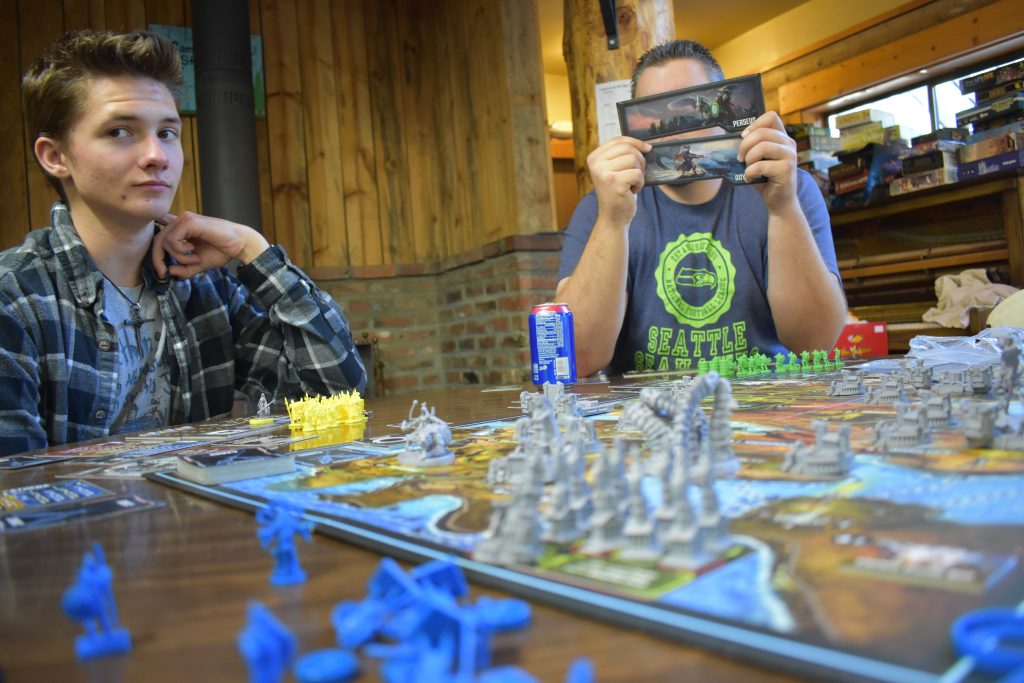 There are just so many options. 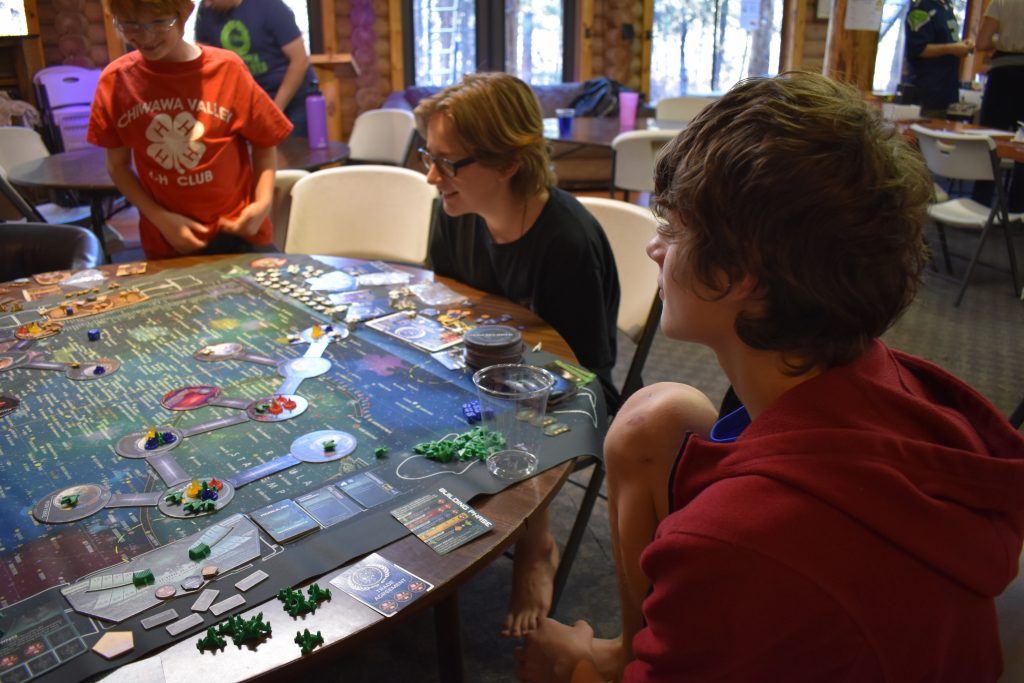 A game that piques your interest and people excited to play it with you, the perfect match! 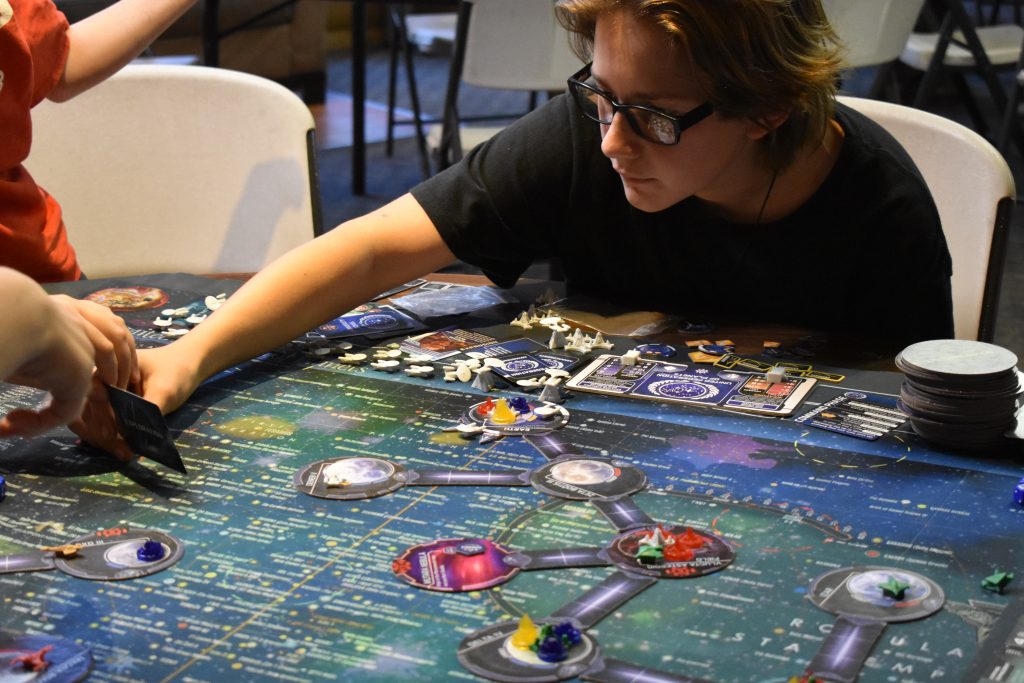 These teenage gamers are finding out whether the Federation, Klingons, Romulans, Cardassians, or Feringi will rule the universe. 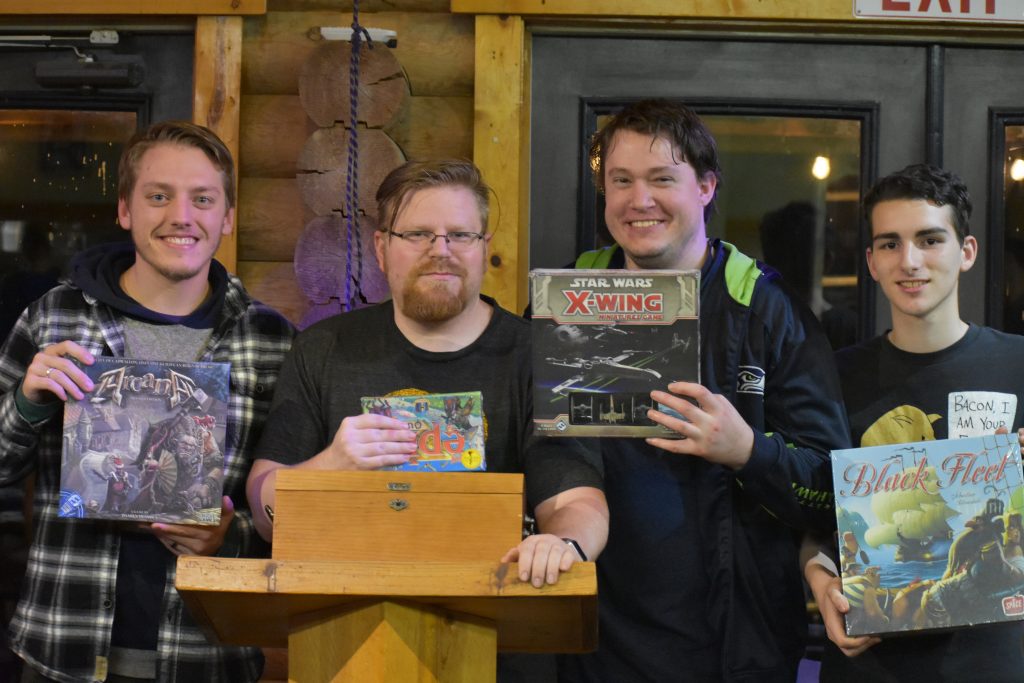 There is also the famous Camas Meadows Settlers of Catan Tournament which had two preliminary rounds and one final match. These four talented gamers battled it out in the final game, with ‘Merica (on the far left) taking home the win. 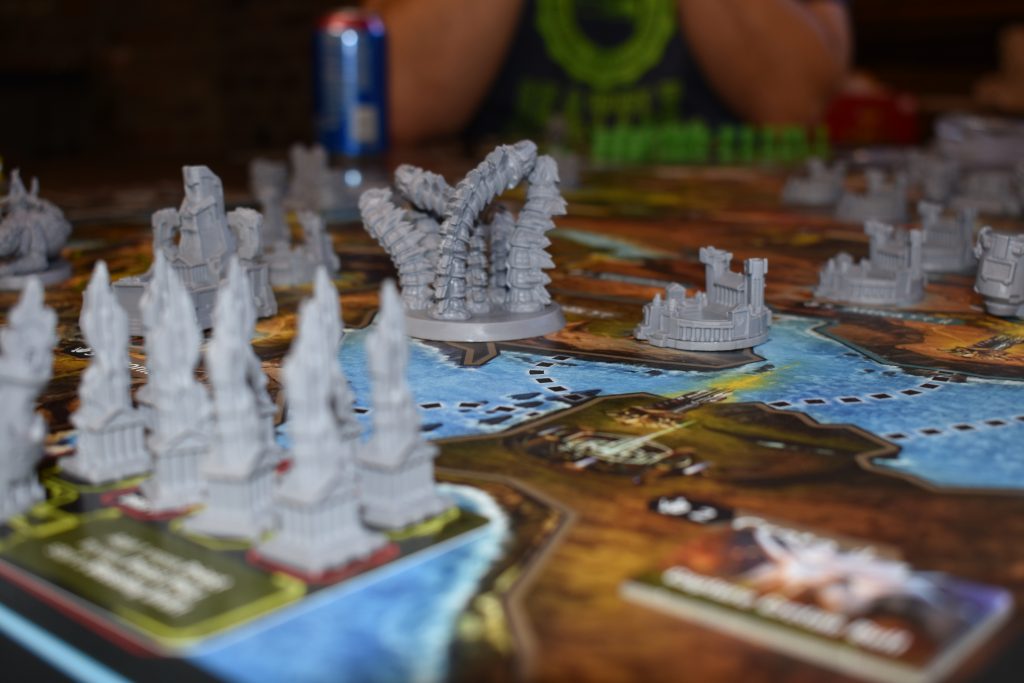 Another enjoyable aspect of CamasCon is seeing all of the different kinds of games that campers bring to play together. 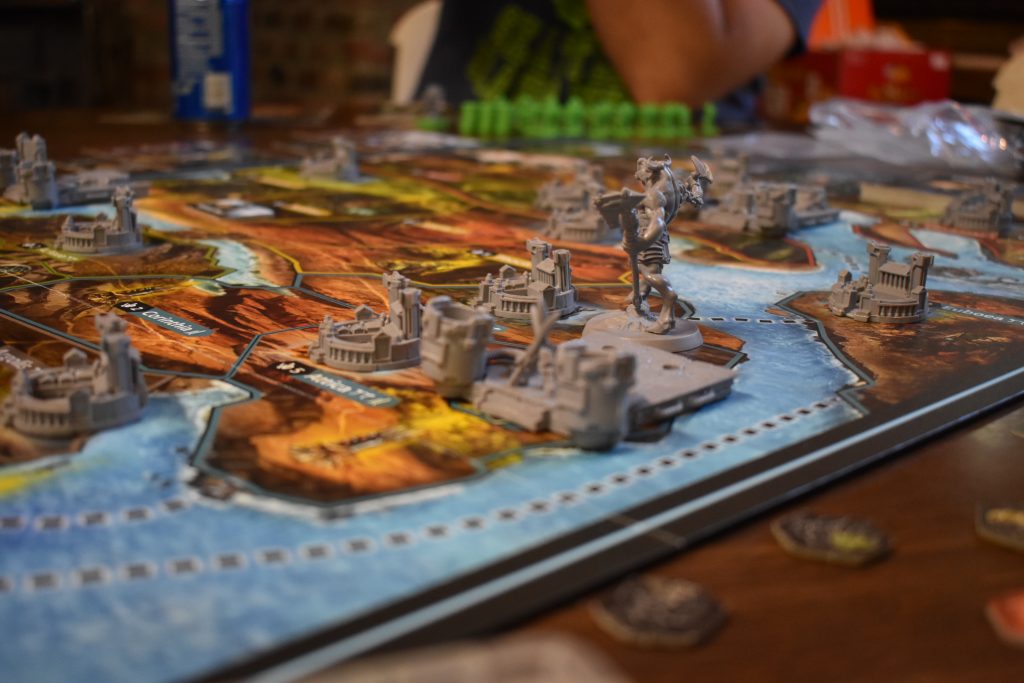 Look at all of these fascinating miniatures. 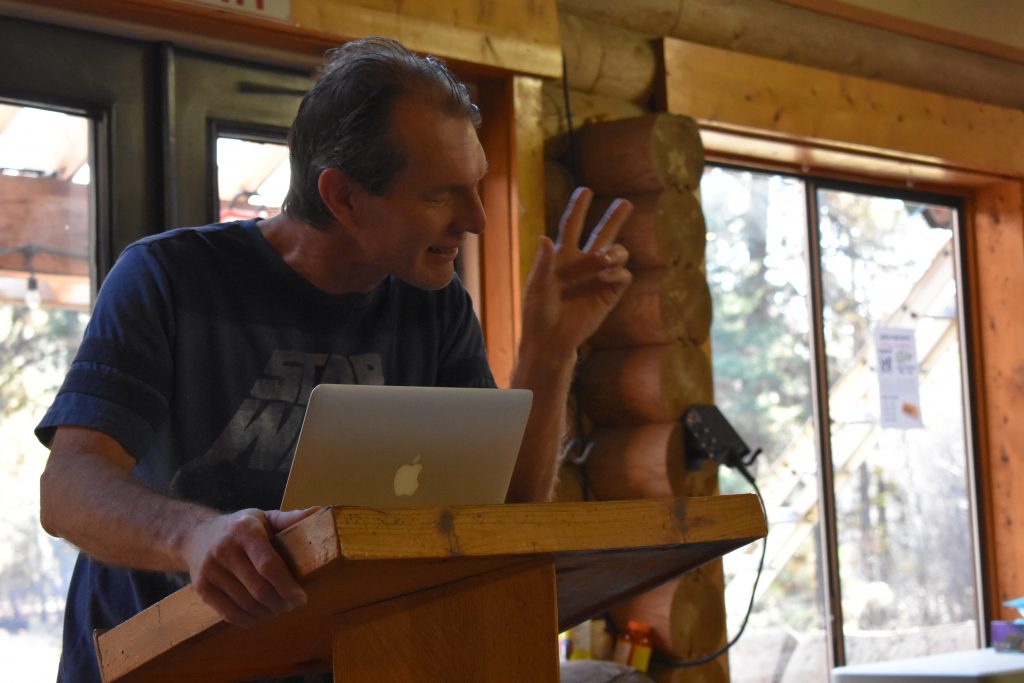 Our chapel sessions were brought to us by baseball-card-and-ultimate-frisbee-geek, Mike Rumleywells, who was also a missionary in Nicaragua until this year. 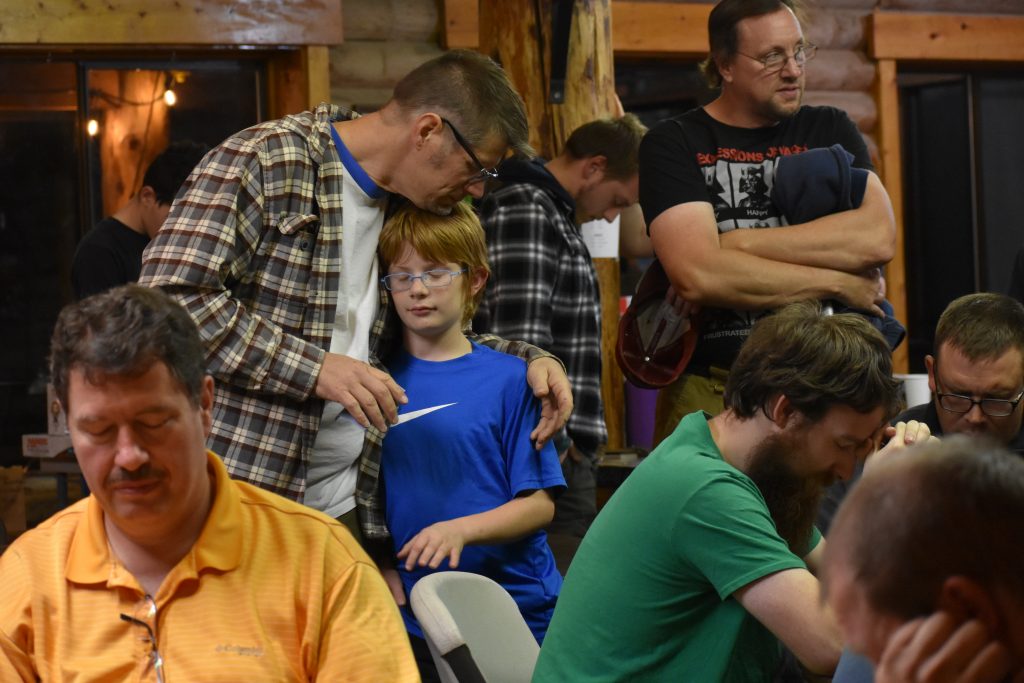 CamasCon is also a great time to hang out with both new friends and those you love most in all the world. 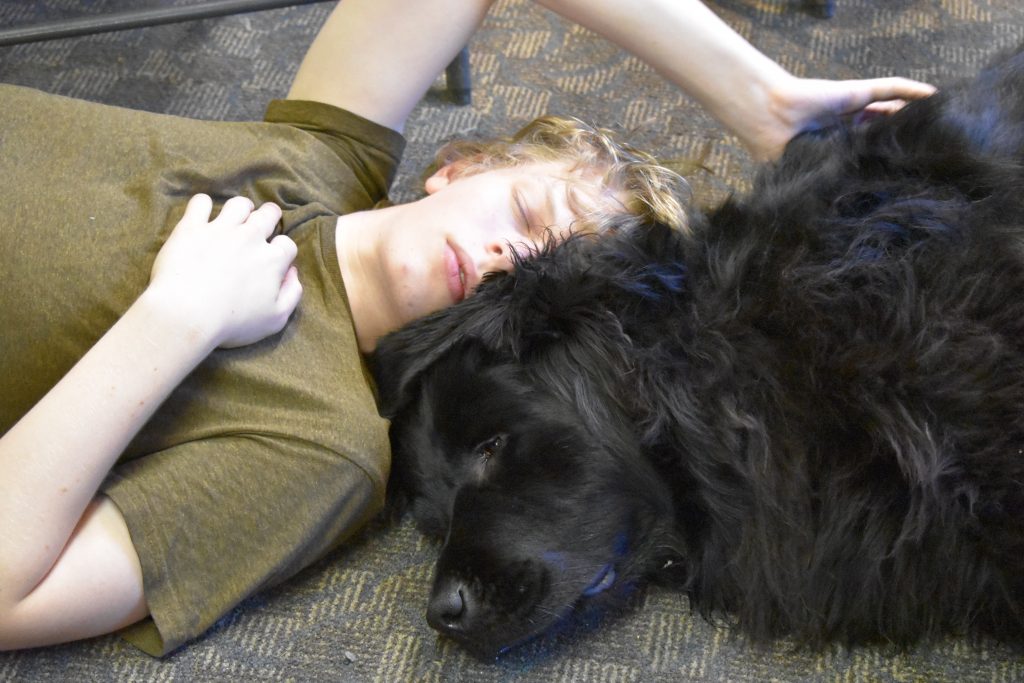 Of course if a camper happens to stay up way way way too late finishing that epic game or world-shaking import… there is also plenty of time for a nap and a furry friend who is ever willing to join in.