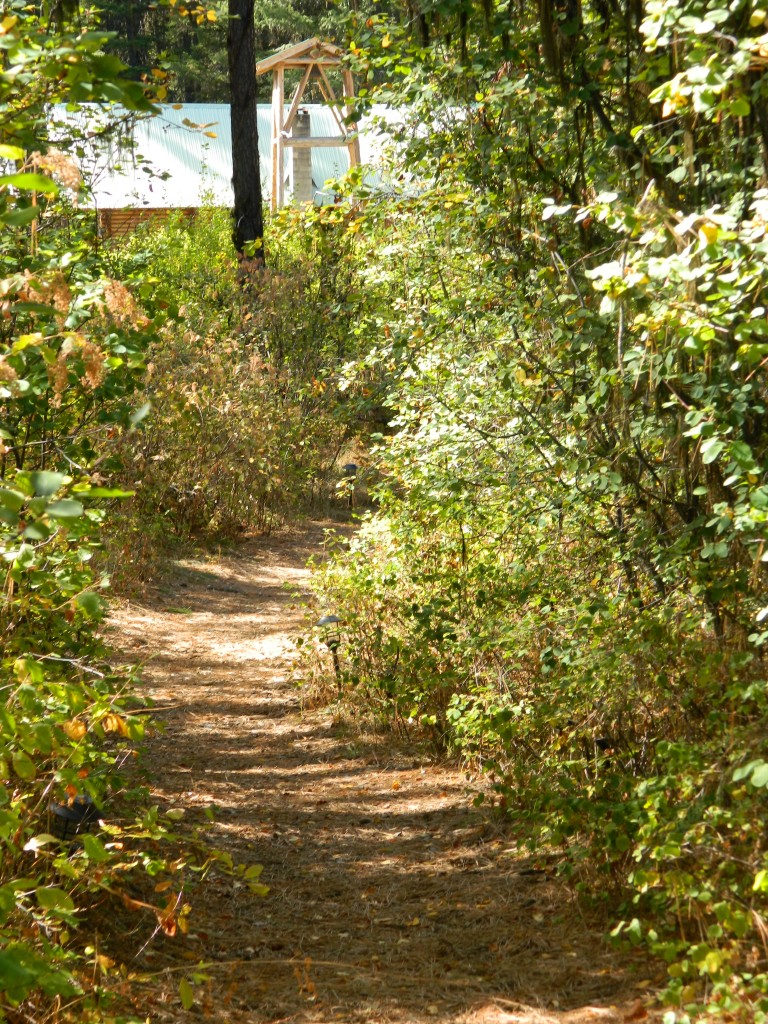 Scruffy sent me a fascinating article from The Huff Post this week. It concerned Kim John Payne’s book, Simplicity Parenting and the effect of an endless excess of activities and toys on the mental health of children. Payne noticed a similarity between the children in refugee camps that he worked with as a young man and affluent modern day youngsters he encountered in his private practice.

“Payne conducted a study in which he simplified the lives of children with attention deficit disorder. Within four short months 68 per cent went from being clinically dysfunctional to clinically functional. The children also displayed a 37 per cent increase in academic and cognitive aptitude, an effect not seen with commonly prescribed drugs like Ritalin.”

So there you have it, research to back up what my mom told my brother and I so many times growing up. “Just go outside.” Whenever we started to argue or gripe or complain of boredom, she would hurry us out the door for some good old-fashioned unstructured play.

I can’t help but smile as I picture the summer camp schedule in my head. There are chapel times, structured games, and meal times of course, but also free time and station time where kids mosey around the camp grounds playing mini golf, archery, and ping pong. There is the chance to dunk a counselor in the dunk tank or take a turn on the slip-n-slide, but also time to walk through the meadow and look at flowers and bugs, to listen to bird song, and to collect great armfuls of lichen for no apparent reason whatsoever. Camp contains clear times of unstructured play. Simple things, but important nonetheless. Friends, food, and the beauty of the outdoors. These are some of the best things of life.

So what about you?

When was the last time you made things simple, went outside, and just enjoyed all the beauties that God has made? Apparently, God designed us to need the simple things in life and of that I am glad. A walk in the woods, a tree fort build out of old plywood, or watching a beetle skitter across the path. I for one, would not want  to miss out.

1 thought on “Keep It Simple”