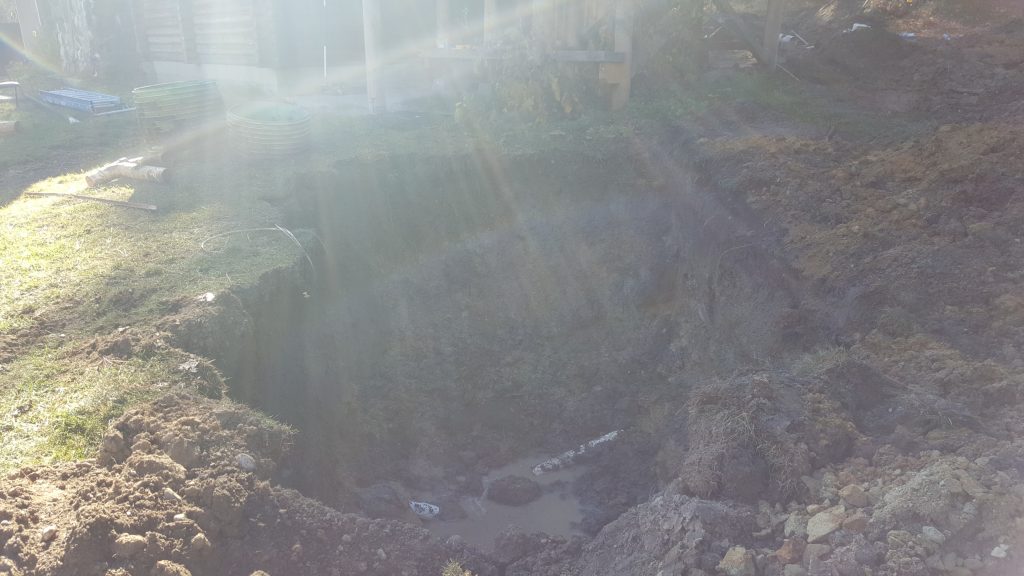 It started out as a roof problem. The roof in the Bobcat building was inexplicably pulling apart. Then the propane tank simply rolled off the hill where it had been sitting happily for decades. Praise the Lord, the gas had been turned off the day before it took that unexpected tumble. The ground was swollen where the tank had been. Strange, so very strange. 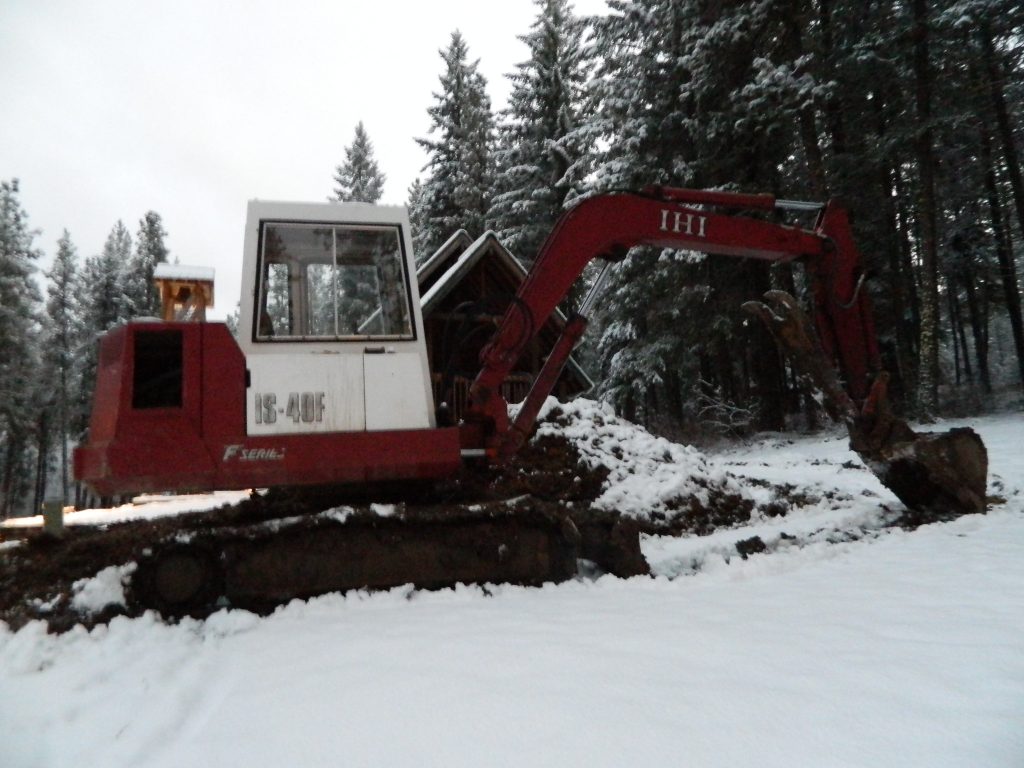 Jon Torrence, one of our board members came up to assist Choco in fixing the roof. During the repair, they noticed water pooling by the Bear’s Abode stairs near the water spigot. Choco tried shutting off the water and it began leaking under the sidewalk. Only the main valve, closest to the reservoir would shut off the leak. Something was definitely going on. The next day, Jon brought up his excavator and they delved deeper into the problem. 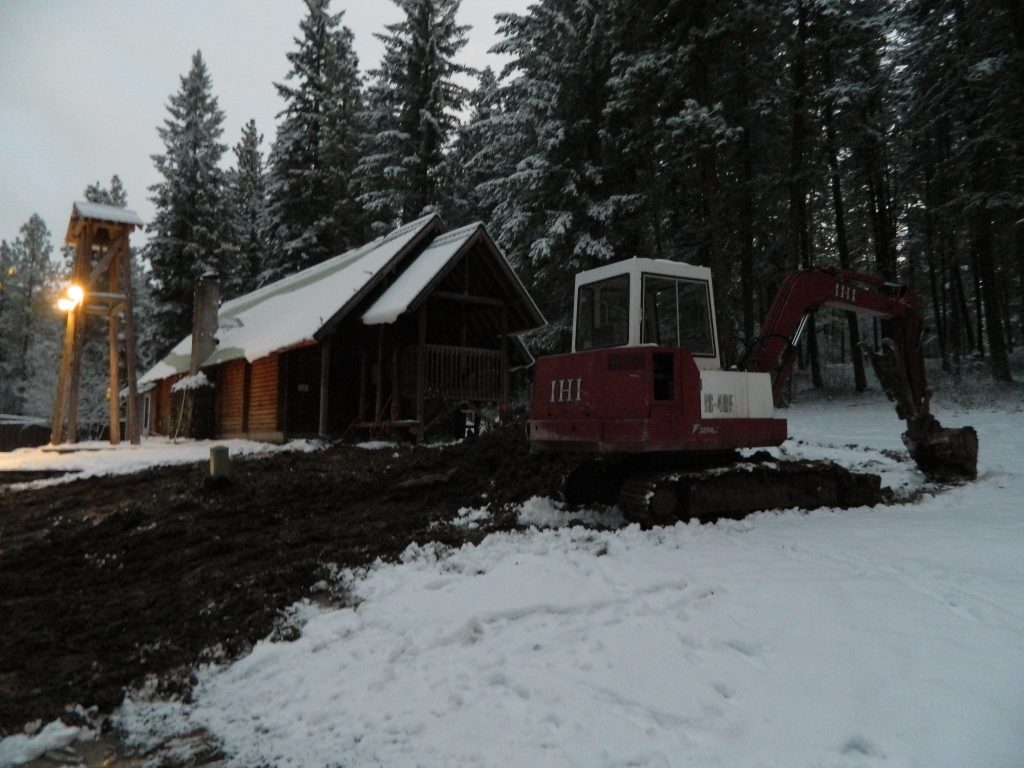 A broken pipe led to more broken pipe which led to a new sinkhole which revealed a septic tank that had been completely crushed by the force of the leaking water. Consolidated Supply donated a septic tank.There was much digging, moving of gravel, the earth opening up and consuming the dearly purchased gravel, more digging, and the acquisition of still more gravel, followed by additional digging. One dark and stormy night stands out in my mind as I watched Jon and Choco drenched and freezing as they dug in the darkness as a rainstorm rattled the forest around them. There’s nothing like rain in November to show you the meaning of cold. 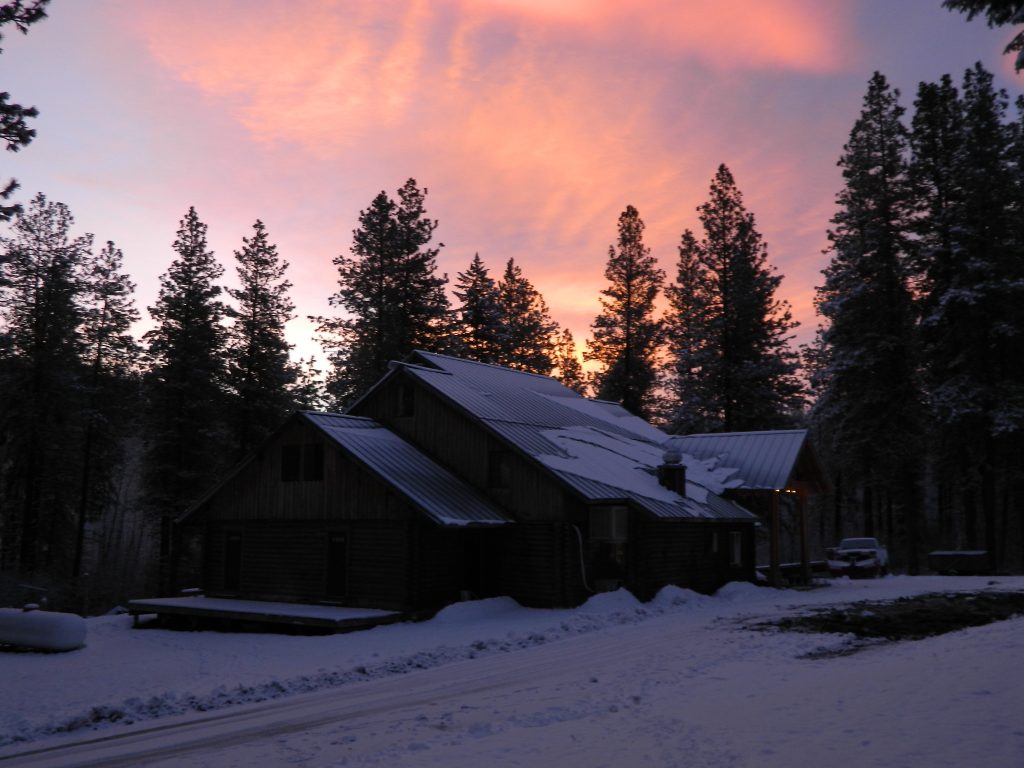 But praise the Lord, the ground finally dried out (after swallowing an entire load of gravel) and they finally got that septic tank installed and all the surrounding pipe fixed and in good working order. So yeah, the next time you wonder what everyone does up at camp during the off season, now you know. Stuff, there’s just always stuff going on. 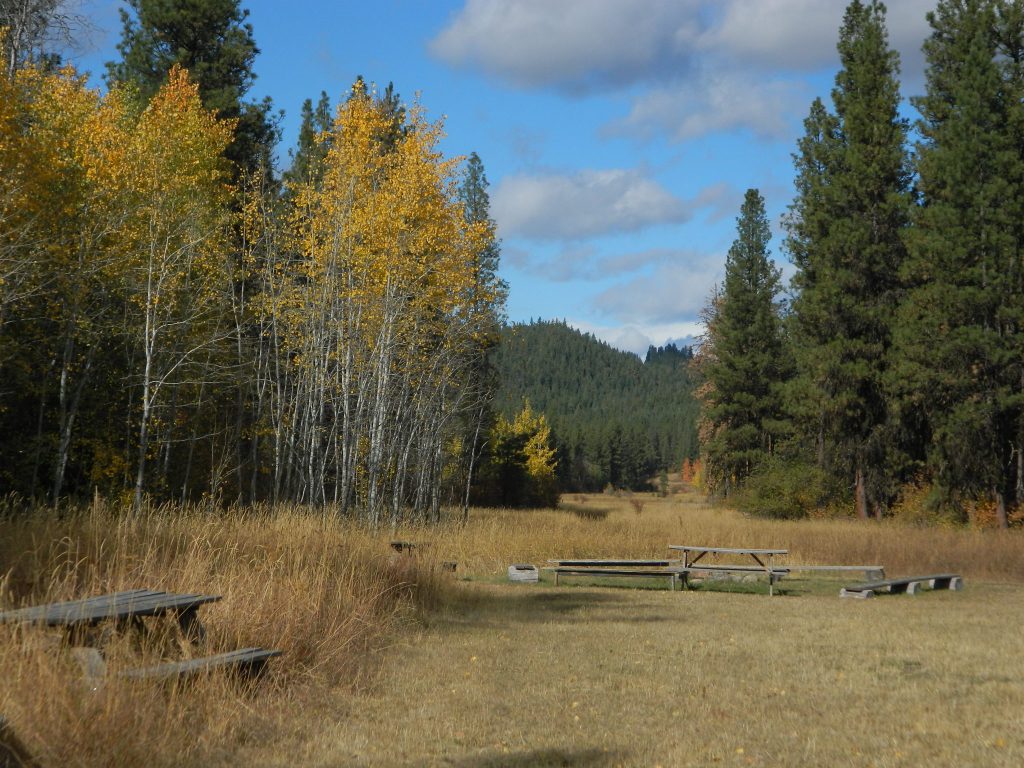 Our inaugural Mountain Muse Christian Writer’s Retreat was held on the first weekend of October. 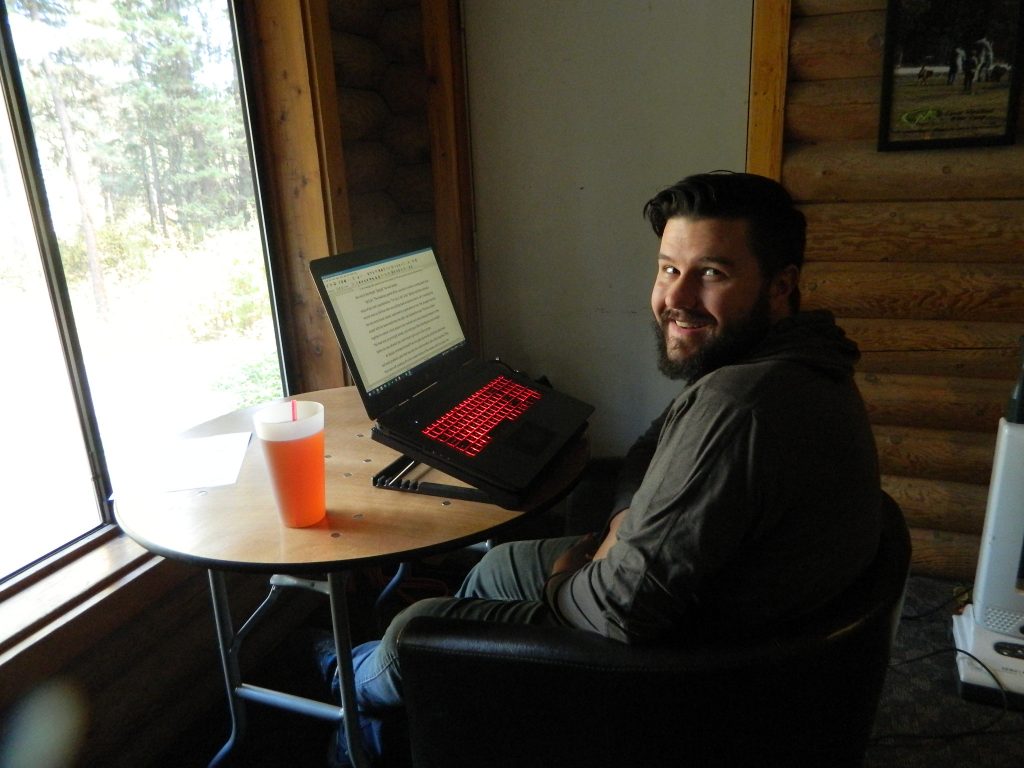 Although we did pause for meals and a few learning sessions and a chapel or two, pretty much we just wrote. Ah, the writerly bliss. We wrote and wrote and wrote. Then brainstormed together for a bit and then wrote some more! 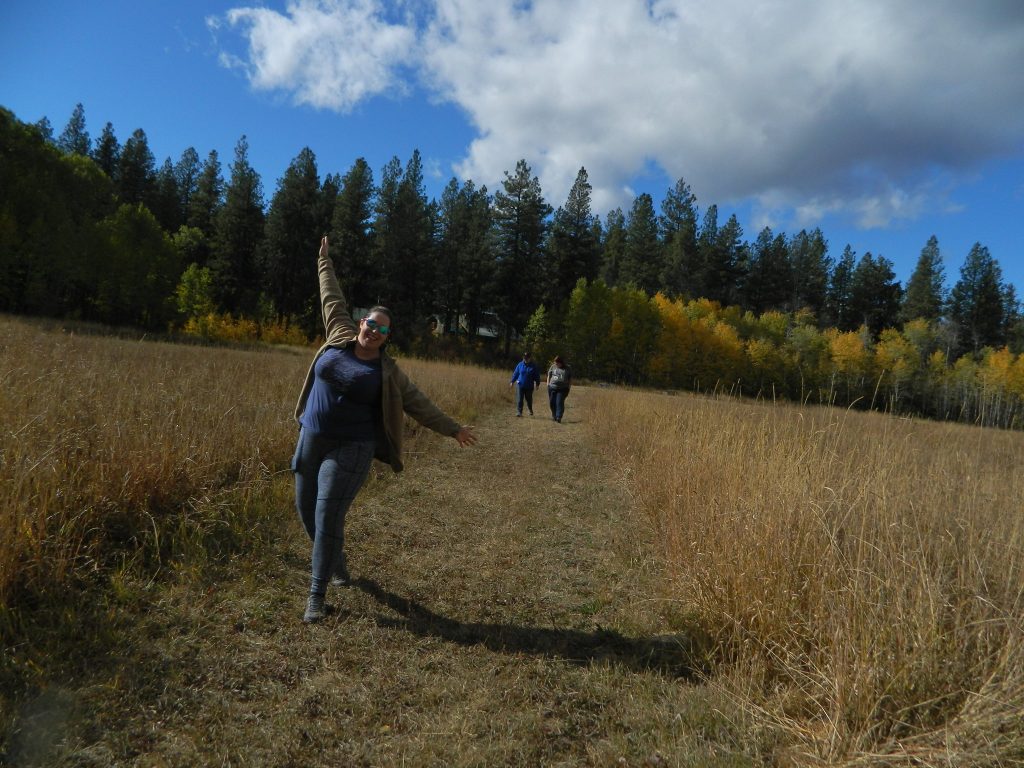 A quick hike was needed when our eyes began to blur, but don’t worry, after briefly being inspired by God’s lovely creation, we got right back to writing. 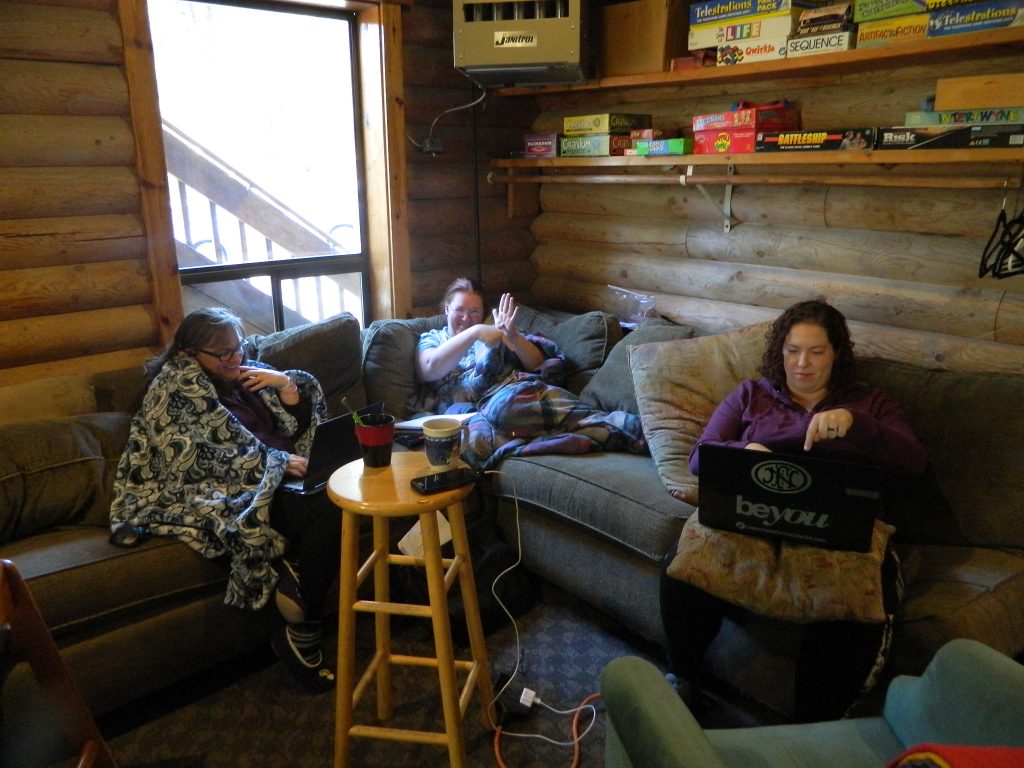 So that was how the weekend went. 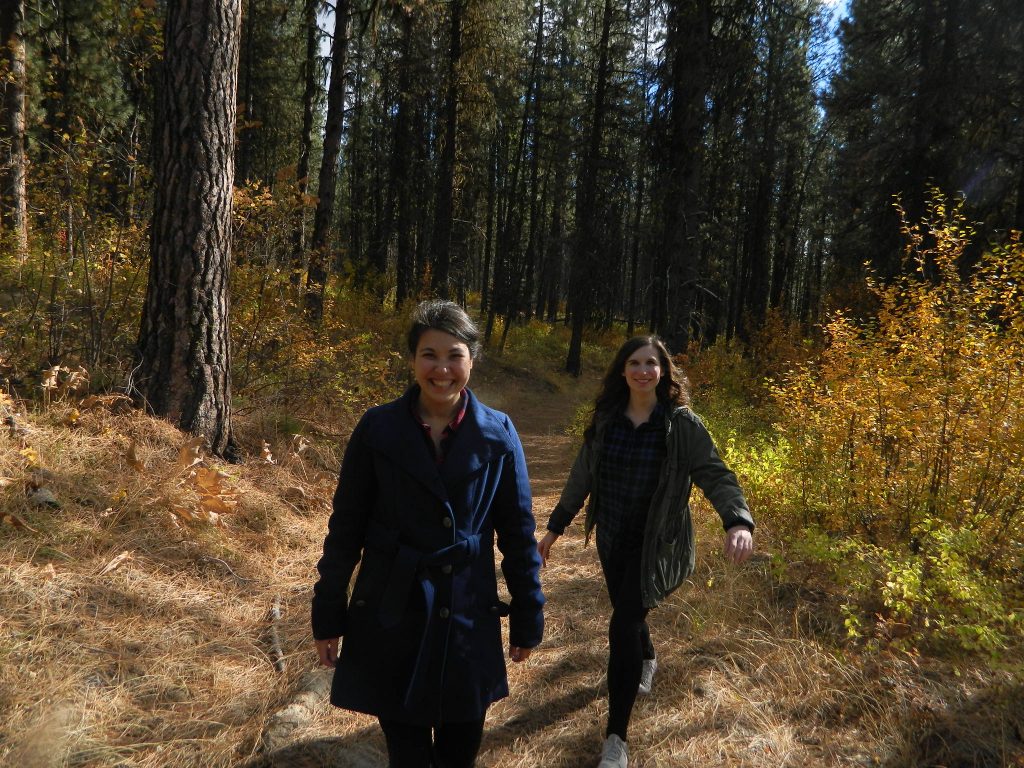 Walking in the gorgeous fall color. 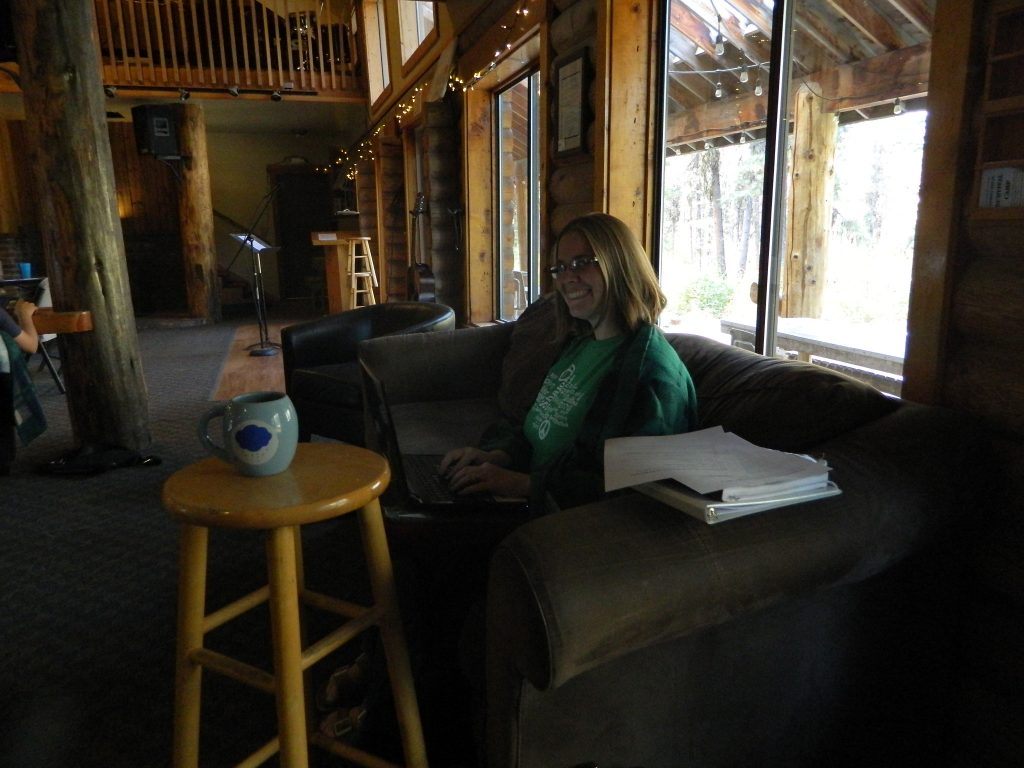 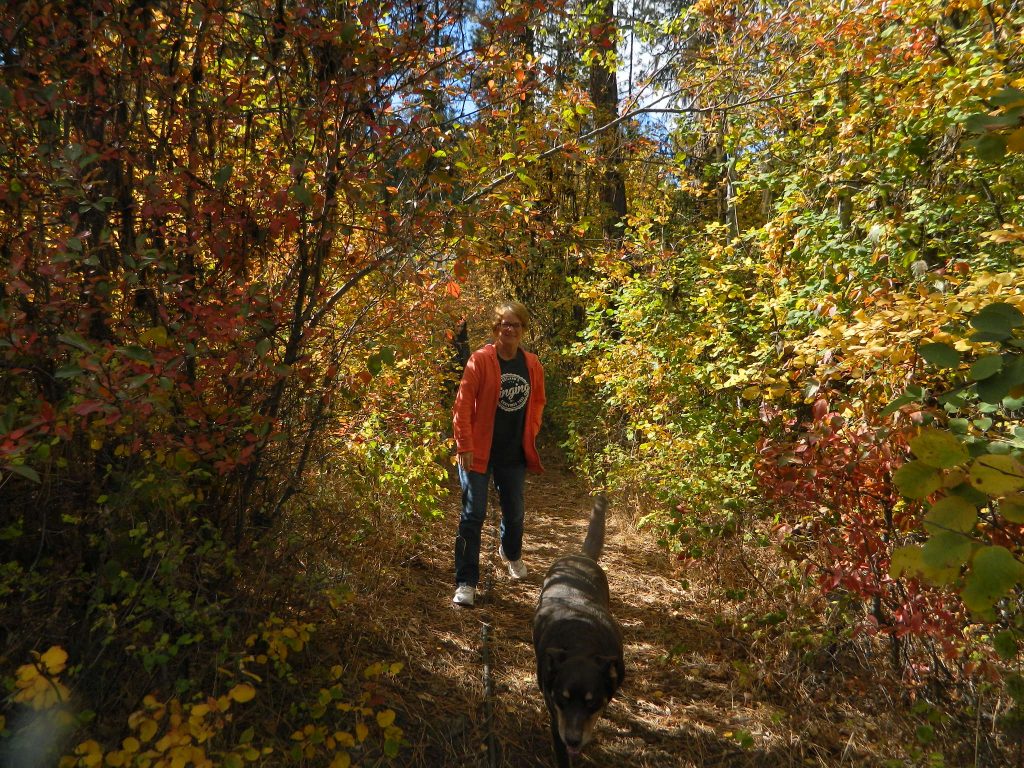 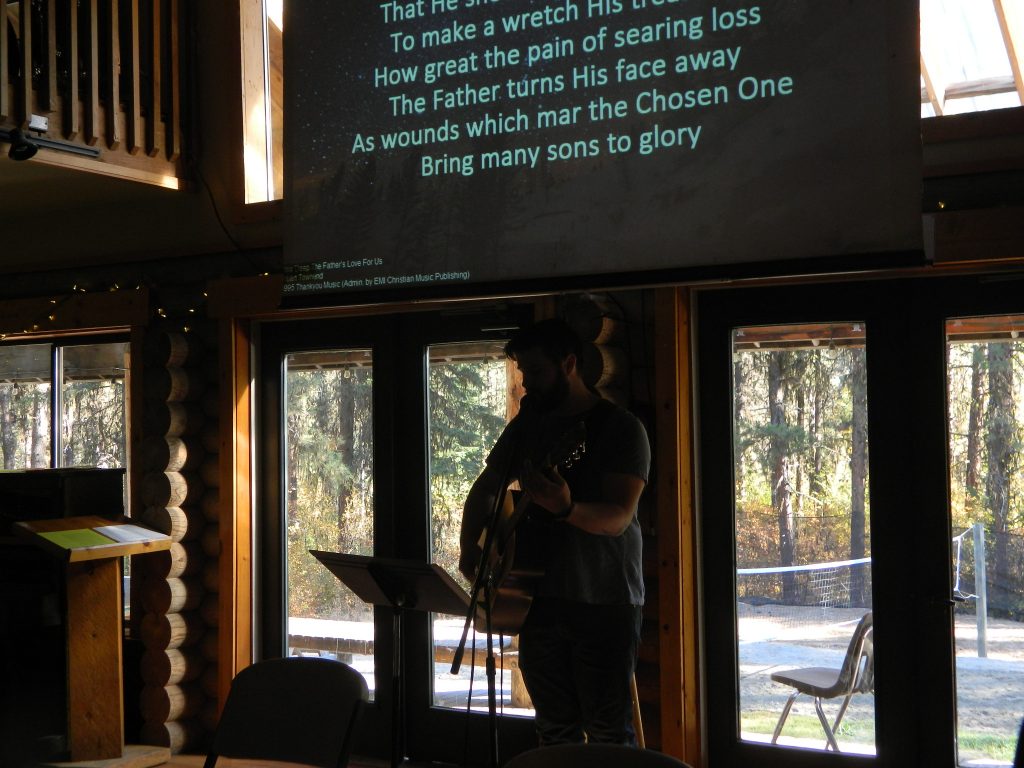 A dash of worship 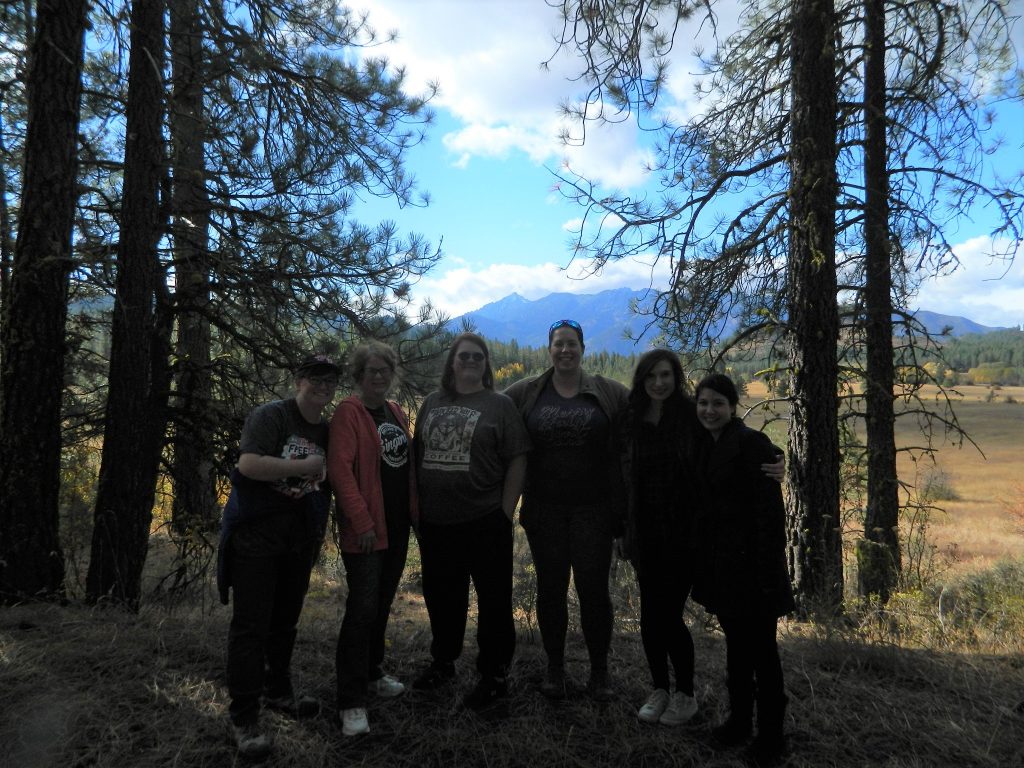 Some mountains, some mirth 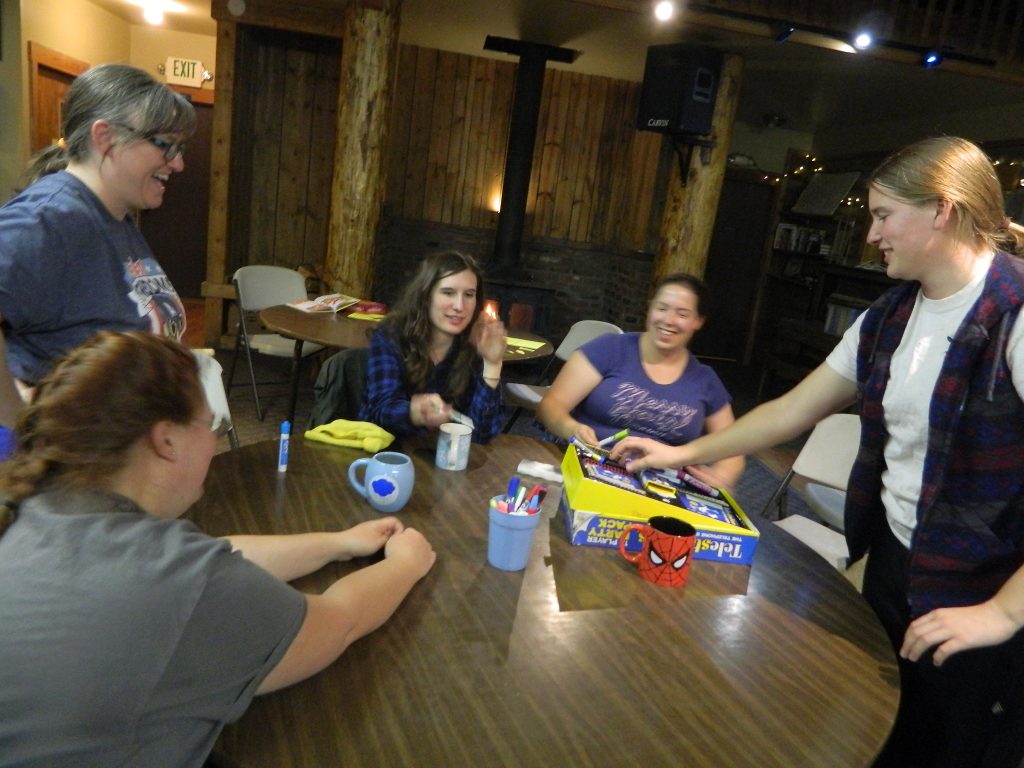 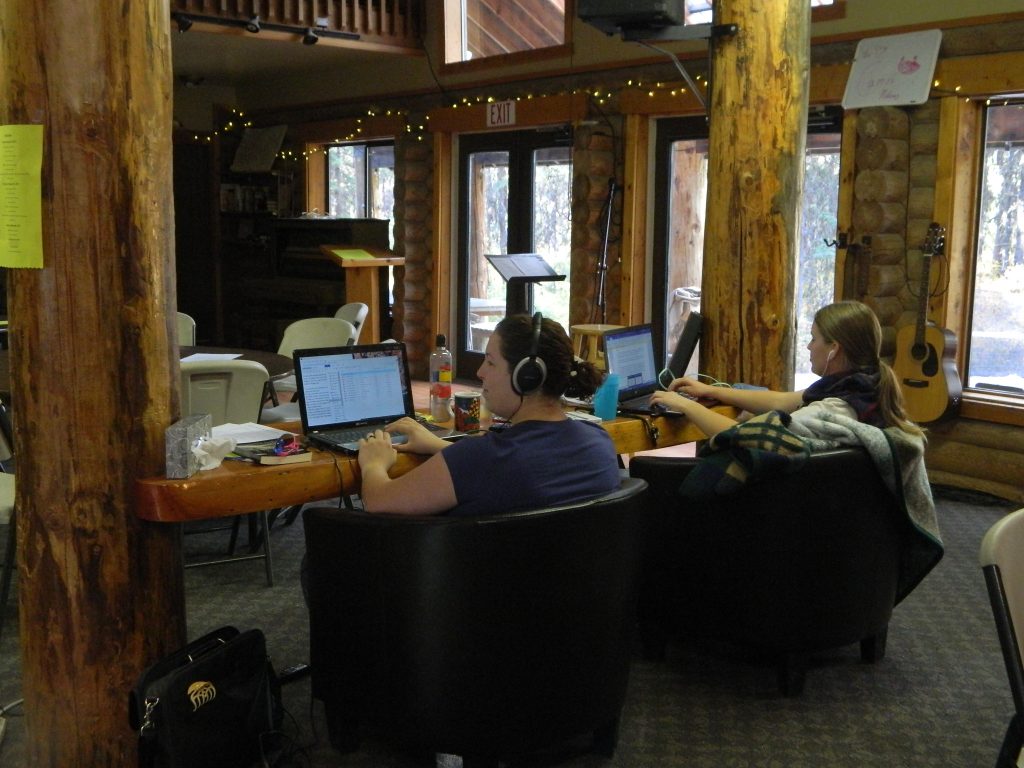 Then finally having to bid each other goodbye until next year! A huge thank you to everyone who came and made this such a delightful time together. 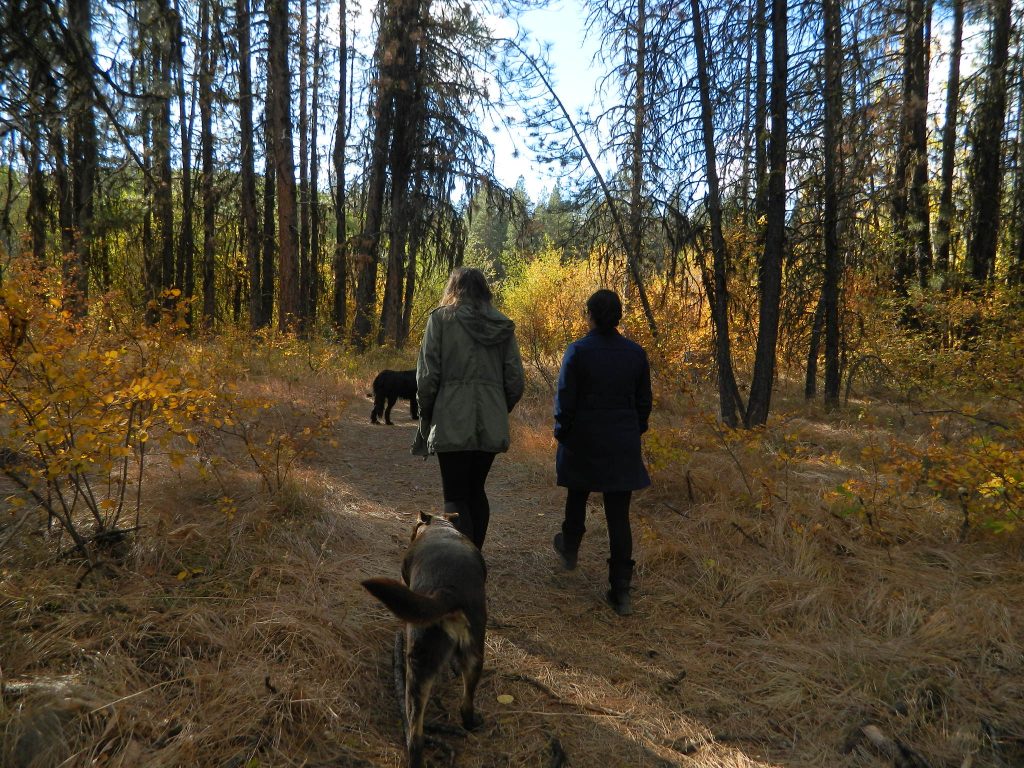