Camp is a strange duck.

At home we tell our kids to chew with their mouths closed and to finish all their peas. At school we tell them to keep the talking in the lunch room at a “Level 2” and their backs against the seats on the school bus at all times. But at camp…at camp we teach them the “cup game” wherein an entire table full of nine-year-olds pound their cups in a deafening synchronized glory as fast as is humanly possible. We challenge them to watermelon eating contests and tell them that the record for eating french toast is 26 slices. On the camp bus we urge them to shout out songs like “Bill Grogan’s Goat” and “Jesus Got Heaps of Lambs” and the bus driver is much more likely to scoff at the volume they achieve assuring them that last week’s kids were twice as loud, rather than shush them.

Camp is the Platypus of children’s environments.

I volunteer at my sons’ school once a week and I absolutely love it. I love the crafts and the reading and the encouragement and watching my boys zip through math pages that would make me pause and frown. But I’m so glad that there is also camp.

Yes indeed, there is a golden place nestled up in the mountains where if your children don’t put their napkin on their lap someone is going to sing at them and make them run around the cabin right in the middle of lunch. And if they don’t capitulate and bow to napkin propriety…they will be running the whole meal. There is a place where they must sing for their mail if it is in a colored envelope and they must dance if they get a package. Where if they want to fill someones sleeping bag with packing peanuts or completely switch every item in the Squirrel cabin with every single item in the Chipmunk cabin, all they have to do is gain permission from Scruffy or Choco and get the prank onto a lengthy list of pranks for the week.

And there is a place where God is so incredibly real. Where a child has their very own quiet time for the first time ever, sitting in the sunshine on the rough wooden boards of the lodge porch. Where they ask their counselor to pray for their cat and their parakeet and their great aunt Matilda and their broken family and their shattered heart. Where they sing weird songs and loud songs and praise songs that make them cry. Where they look outside and see God, not just because of the gorgeous trees and sky and mountains, but also because of the camp counselor who walked them down the path to the bathroom at 2:00am because it was too dark and let them sleep with the counselor’s own flashlight clutched tight in their little hand.

Camp is a strange duck, a wild and rambunctious place that is a little bit hard to explain to those who do not know it, but a lovely creature all the same.

I hope to post something new on The Campfire every Saturday. Thanks so much for stopping by. 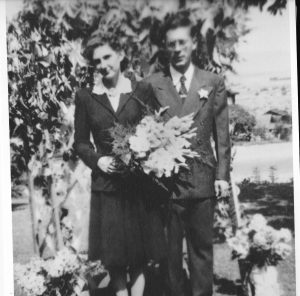 My grandpa Del moved to Wenatchee from Canada via horse drawn wagon. My grandma Autumn was the daughter of a fast shooting deputy and a southern beauty. And they had a dream…they just didn’t know what it was.

They raised their family and reached retirement and the world was wide open with possibilities. Del came to know the Lord in his fifties and both he and Autumn were burdened with the idea that they were supposed to do something specific with the property they owned up on Blewett Pass, something for God. So she talked to her youngest son (my Dad) who was a Bible collage student at the time, and they began to pray.

For three days they quietly stood before the Lord, seeking answers and a face for this invisible dream.

Del was a milkman. At work that day he was on his knees putting away merchandise. A man strolled by and said, “What are you praying about?” Del was struck by the question because while he was on his knees because he was working, he had also been praying. Specifically, about what to do about retirement and that property up on Blewett Pass. And there, on his knees at work, accused of praying on the job, he received an answer.

Autumn and Greg were still wondering what to do and praying. Del came home from work and he strolled up to Autumn and said: “You know what I’d really like to do with that property?” He did not know of her prayers on that very subject, and so she held her breath and wondered what he would say.

“I think we should start a Christian Youth Camp.”

The first camp was in the winter of 1973. They only had the small lodge which housed about 20-25 people and no electricity, plumbing, or running water. The campers prayed and sang and learned about their Lord by the light of kerosene lanterns. They had to use chilly winter outhouses and Del hauled in water from a nearby spring in big metal milk cans. But it was a beginning, and since the whole crazy thing was the Lord’s idea anyway they figured that He would shuffle out the details.

Now, our capacity is 85 campers. We have two lodges and three extra cabins. When you turn on the faucet actual water in both hot and cold temperatures comes out. Forty years after that first camp, God is still amazing us with His beautiful and ridiculous ways.

My grandparents didn’t get much of a retirement, but they obeyed. I only hope that upon looking back at my legacy, I will have been as faithful. 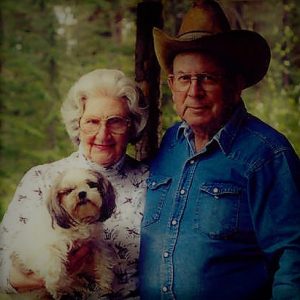