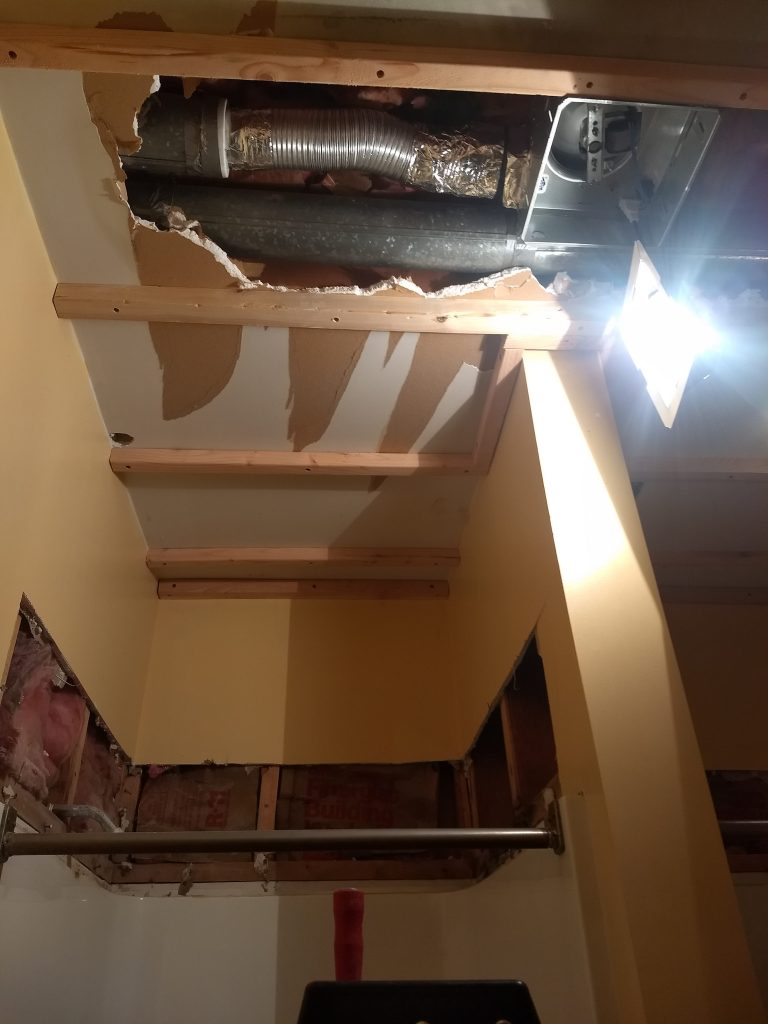 On the feedback forms that we hand out to campers, the showers in the ladies restroom were pointed out to be “scary” and perhaps needing a bit of TLC. Yes, there was a large gaping hole in the ceiling above them wherein shower users could view the various and sundry bits of plumbing. But if one is not fascinated by plumbing, a shower user might imagine all kinds of terrors descending upon her whilst she is bathing. Spiders or vampire bats or horror of horrors, a live squirrel. 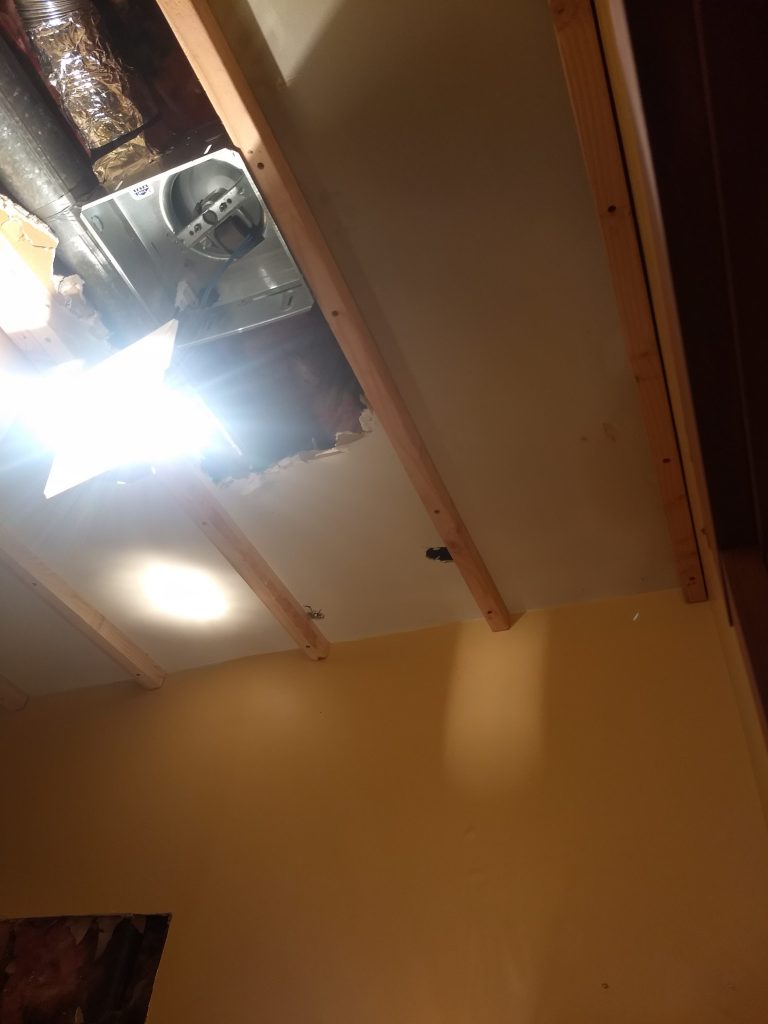 And so the ladies showers went onto “the list.” Now, this list of needed improvements is quite lengthy and the showers remained upon it for some time. 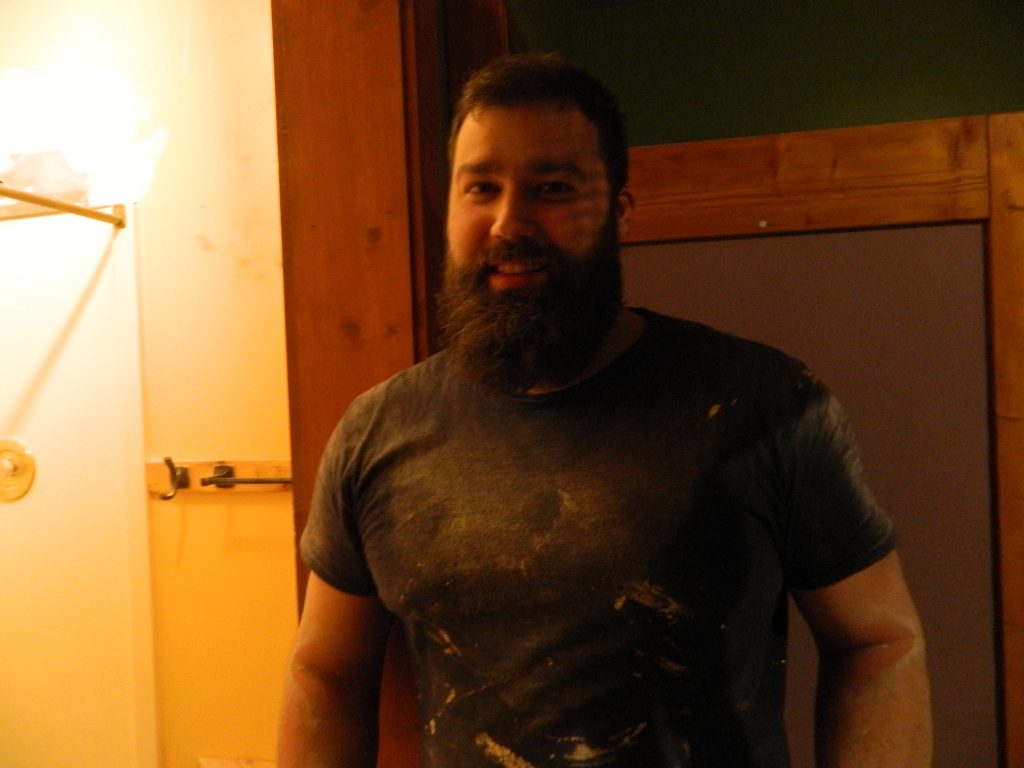 But then Indy, one of our old old old, really old counselors from bygone days (ie, he was a counselor back when Boo Boo was counseling) took the project on. 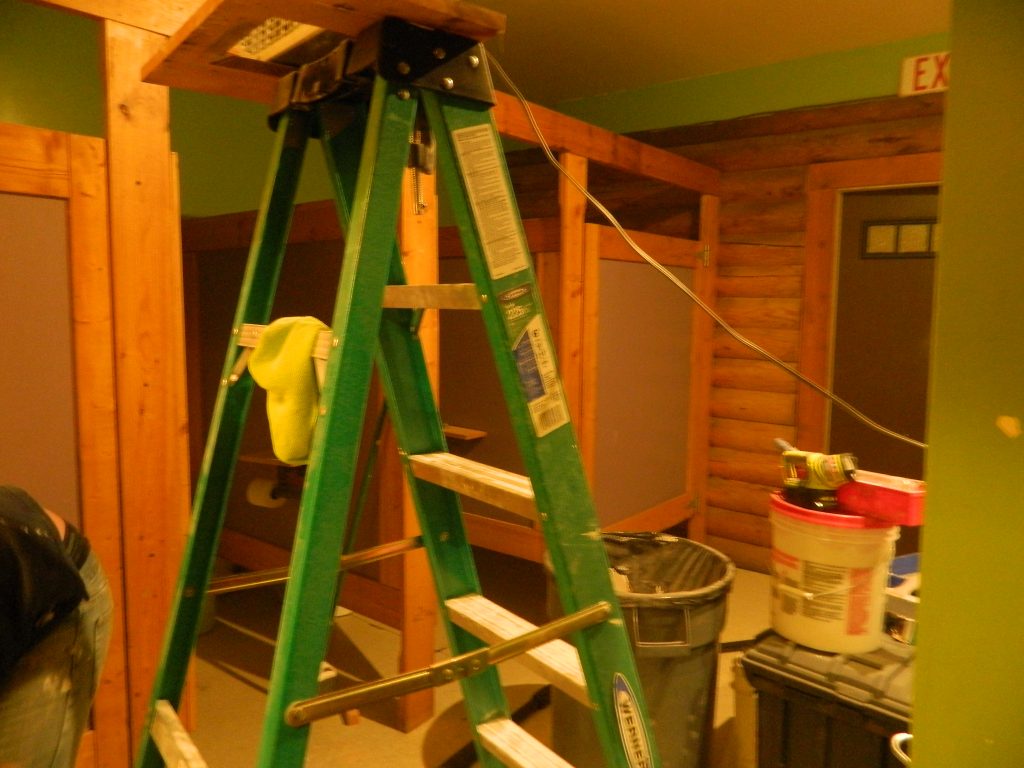 Indy brought his young family along and promptly began a weekend long attack upon the large and unsightly gap that loomed above the shower stalls. 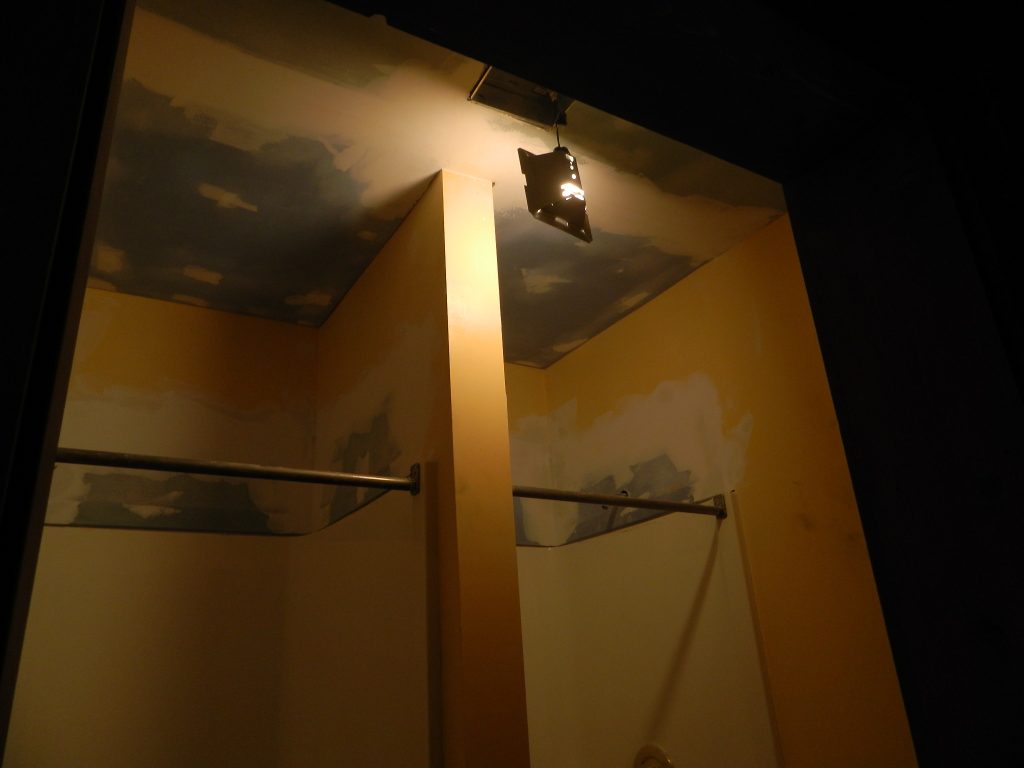 This involved some sheetrock and loud sawing noises and some painting, but most importantly, it involved an exploding Mt. St. Helens amount of dust! 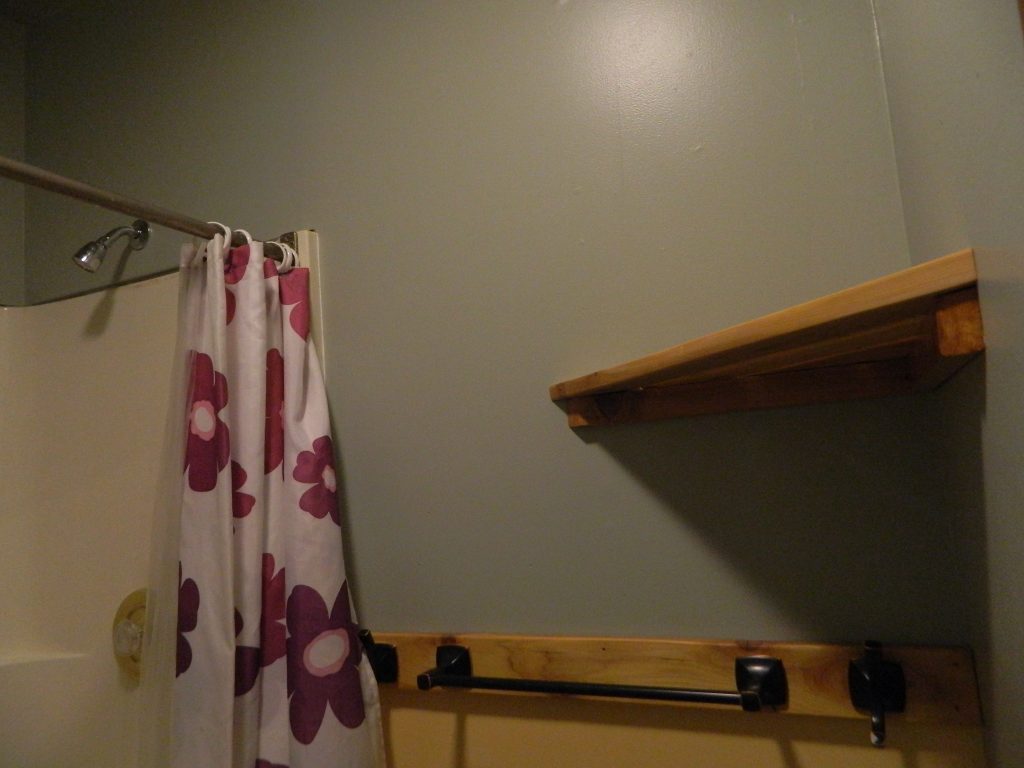 But all of that dust was not raised for naught. Behold, the non-scary ladies showers! 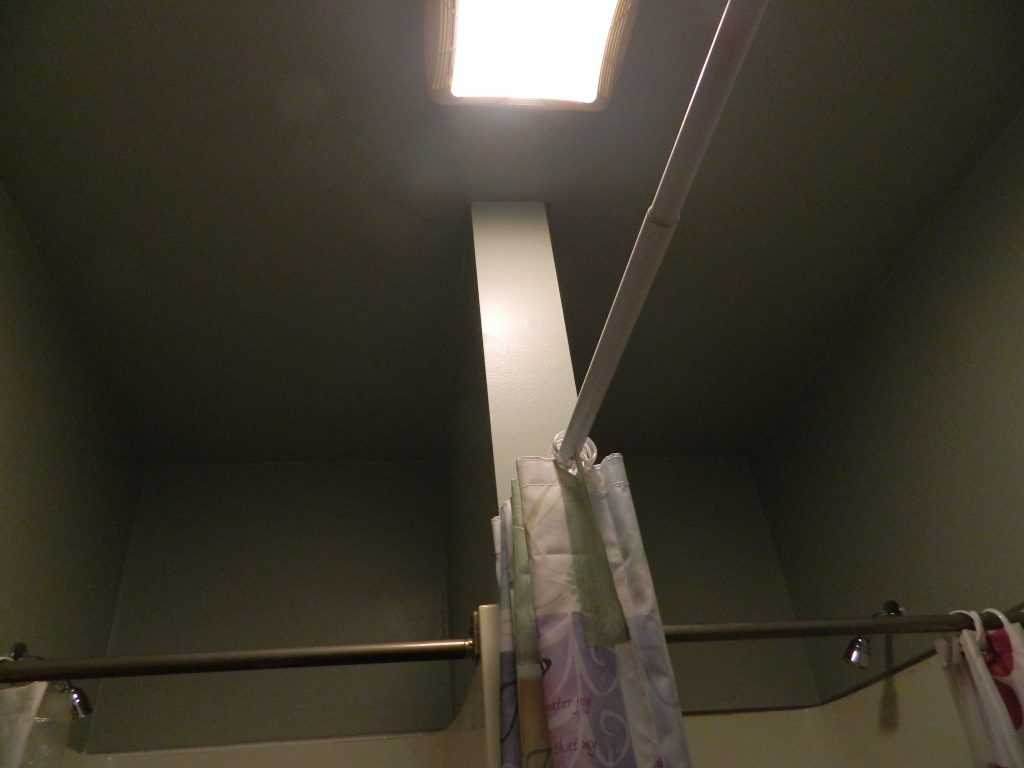 They are complete with not only an entire ceiling, but new blue paint as well, which seamlessly blends with the rest of the freshly-painted wall in a totally non-creepy manner that does not invite shower-users to fear any kind of creature that may or may not be lurking within the walls. 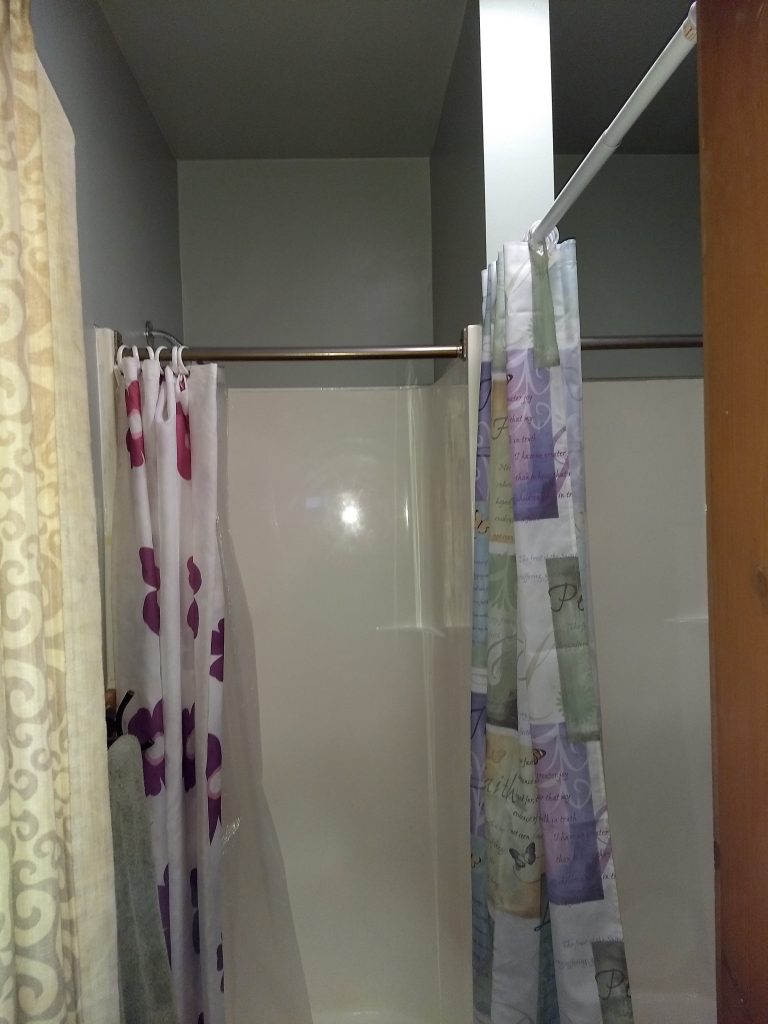 Which is good, because last time I was over there, I totally saw a squirrel eyeing me with its fierce little black beady eyes. No, the squirrel was not in the shower, it was frolicking elsewhere. But you never know with squirrels, they have proven to be more trouble than one would imagine. 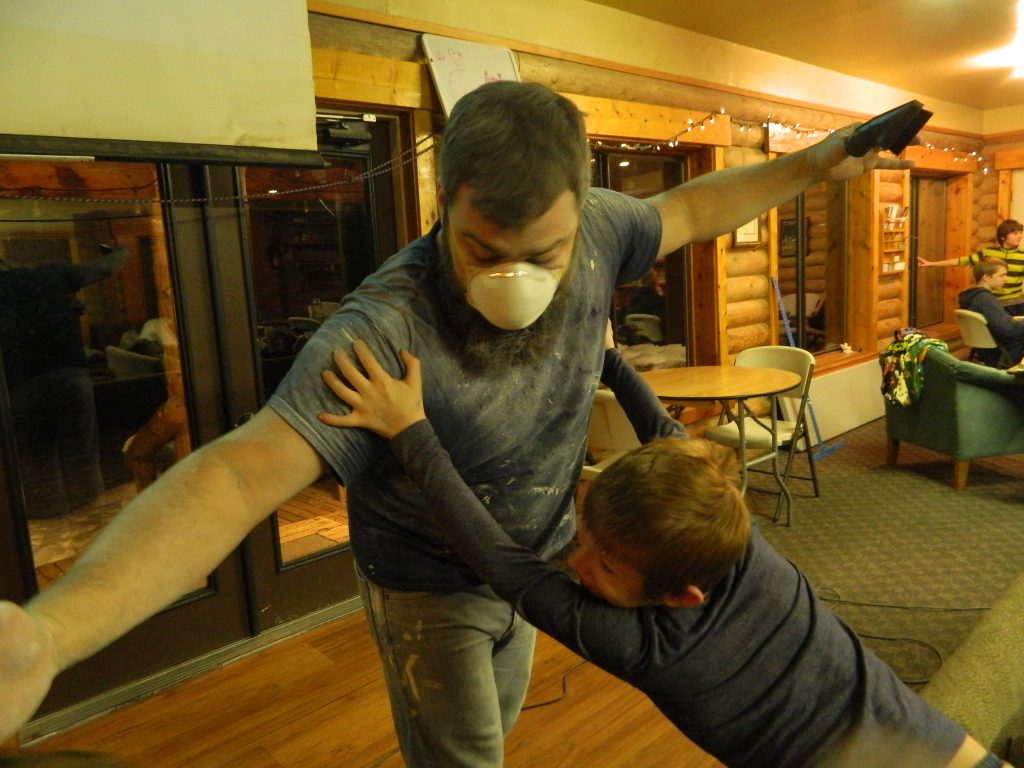 Thank you so much, Indy! This just makes us all want to give you a hug … oh, wait. You’re really quite terribly dusty! Maybe later …